UPS AND DOWNS: Incredible battles in France, a Saturday struggle for Redding 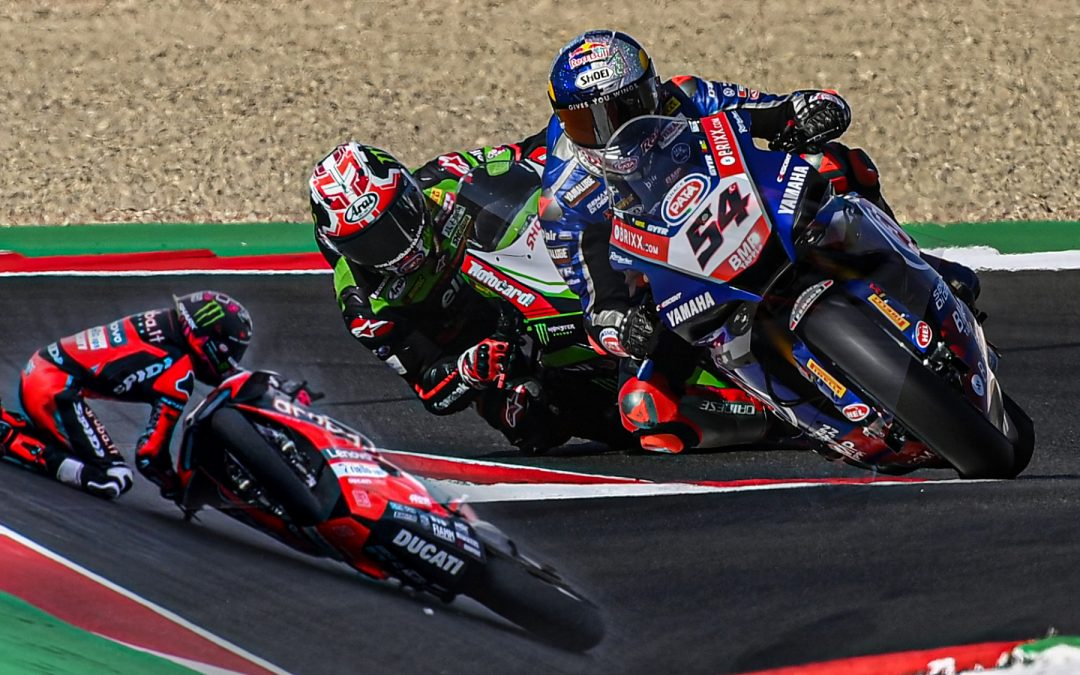 With an earlier-in-the-year visit to the Circuit de Nevers Magny-Cours, conditions were vastly different for this year’s edition of the Motul French Round as the MOTUL FIM Superbike World Championship paddock descended on the French city of Nevers for three thrilling days of action.

The Tissot Superpole Race on Sunday morning provided an incredible amount of drama and action as Toprak Razgatlioglu (Pata Yamaha with Brixx WorldSBK) and Jonathan Rea (Kawasaki Racing Team WorldSBK) went elbow-to-elbow in the battle for supremacy on French soil. The battle lasted for ten titanic laps as the top two in the Championship looked to get one-up on each other, with Rea eventually coming out on top after a penalty for Razgatlioglu for exceeding track limits on the final lap.

Scott Redding (Aruba.it Racing – Ducati) was able to bounce back from a difficult Saturday to claim a podium in Race 2, but his Saturday was undoubtedly one of the low moments from the weekend. From topping FP3 by almost three tenths in the morning, the British rider could only manage eighth in the Tissot Superpole before dropping down the order to finish in 12th after a crash in the closing stages of the race. After reducing the Championship gap from 81 points to 38 over the last few rounds, Redding now finds himself 72 points back from Razgatlioglu in the battle for the World Championship.