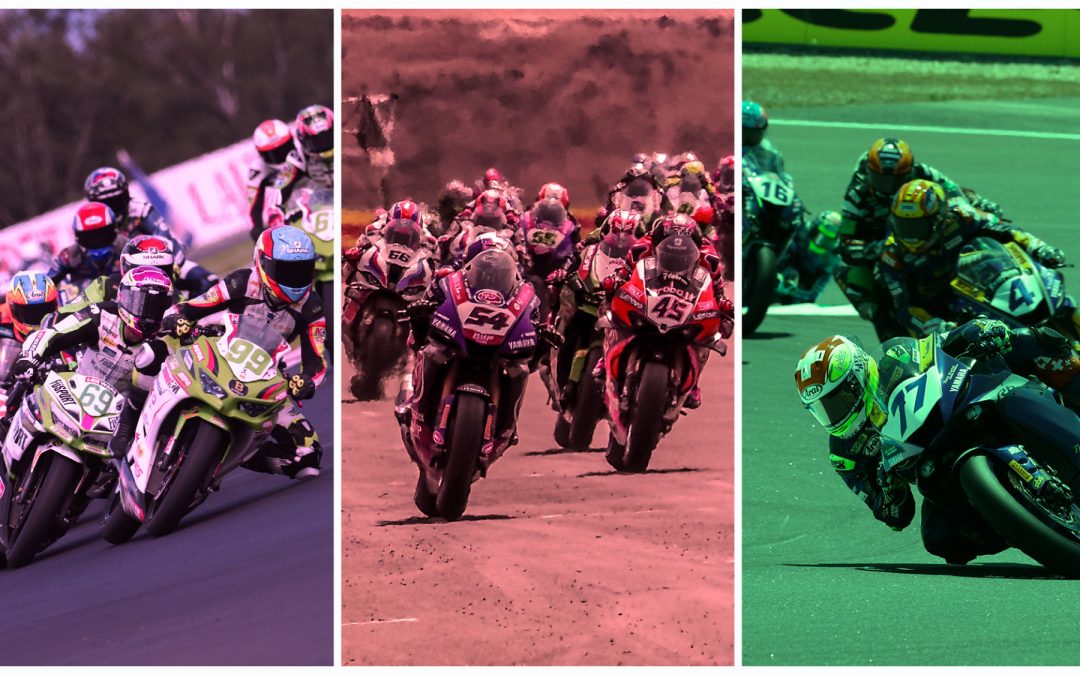 WorldSBK, WorldSSP and WorldSSP300 all feature titanic title battles as the 2021 campaign heads towards a thrilling conclusion.

Having reached the halfway point of the MOTUL FIM Superbike World Championship campaign, the title battles in all three classes are full of drama, excitement, tension and unpredictability. A three-way fight in WorldSBK currently has the top two separated on countback, in WorldSSP a huge twist is coming up and the leading two in WorldSSP300 are battling out while the reigning Champion makes a late surge.

With six rounds left of the WorldSBK calendar, the standings are as tight as they could get with Toprak Razgatlioglu (Pata Yamaha with Brixx WorldSBK) leading the way over Jonathan Rea (Kawasaki Racing Team WorldSBK) by virtue of more full-length race victories; Razgatlioglu with five compared to Rea’s four. The pair are tied on 311 points heading into the French Round.

A strong and consistent run of podiums for Scott Redding (Aruba.it Racing – Ducati) means he has launched himself back into title contention, with seven visits to the rostrum in the last seven races including three victories. With both Rea and Razgatlioglu scoring podiums consistently all season (17 podiums in 21 races for Razgatlioglu and 19 in 21 for Rea), Redding will know he has to keep up his current form to stand a chance of snatching the title in 2021 for Ducati before his move to BMW.

With quite literally no points separating Razgatlioglu and Rea at the head of the standings, plus both riders being extremely consistent throughout the 2021 campaign, and Redding closing the gap substantially in recent rounds, the conclusion to the 2021 campaign is going to be a titanic battle with all three riders looking to claim the 2021 crown.

The tight Riders’ Championship battle has also translated into an incredibly close Manufacturers’ Championship campaign. Last year’s Champions, Kawasaki, are currently third in the standings on 325 points, just nine points behind Ducati who lead the way on 334 points. Yamaha are second on 331, with all three manufacturers leading the way at various moments throughout the season. Last season, only one point separated Kawasaki and Ducati at the end of the season and with Yamaha now in that group, things could be even tighter come the end of the campaign.

The WorldSSP title battle is hotting up too with Dominique Aegerter (Ten Kate Racing Yamaha) and Steven Odendaal (Evan Bros. Yamaha WorldSSP Team) duelling it out for the Championship in 2021. While Aegerter currently holds a 47-point lead over Odendaal at the top of the standings, the Swiss rider is set to miss the Catalunya Round, the first of a triple-header, due to a clash with the MotoE™ World Cup.

Should Aegerter be able to extend his lead at the top of the Championship by over 50 points leaving France, he will retain top spot in the standings regardless of Odendaal’s results at the Circuit de Barcelona-Catalunya. The gap could come down substantially with strong results from Odendaal, leaving the Championship battle even more open than before. It’s certainly game on in WorldSSP.

The tension is ramping up in the battle for WorldSSP300 honours too with Adrian Huertas (MTM Kawasaki) and Tom Booth-Amos (Fusport – RT Motorsports by SKM – Kawasaki) battling it out for World Championship glory. It’s been a very competitive season between the pair with just 11 points separating them; Huertas leading by 11 with 129 points to Booth-Amos’ 118 with four rounds to go.

British rider Booth-Amos could be left to rue costly errors at both Misano and Assen when he crashed out of the final corner; in Race 2 at Misano when he was leading and in Race 1 at Assen when in the lead group. Huertas has been able to avoid trouble throughout the season, except for a coming together with teammate Yuta Okaya at the Autodrom Most, giving him a solid platform for the remainder of the season. They will, however, have to keep an eye on reigning Champion Jeffrey Buis (MTM Kawasaki), who has started to show the form expected of him with two podiums, including a win, in the last four races. Only 43 points behind Huertas with 200 available, could he make a late charge to spoil the party for Huertas or Booth-Amos?