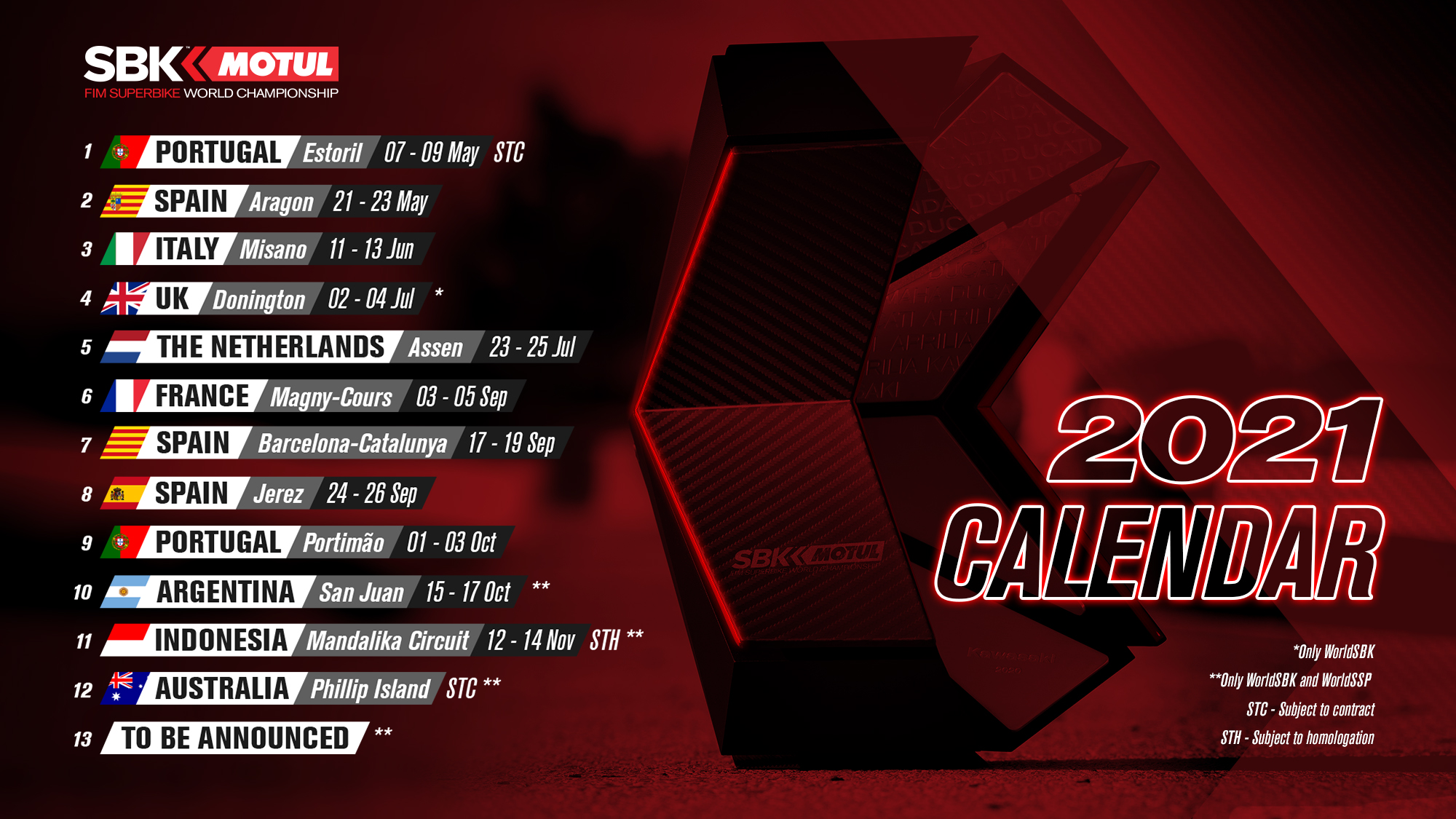 The Dutch race on the 2021 WorldSBK calendar has been moved to July and becomes the fifth event of the season.

Due to the COVID-19 pandemic and the ensuing measures, the FIM, government officials, the Circuit of Assen and Dorna WSBK Organization (DWO) have announced that the Dutch Round has been moved to 23 to 25 July. This will now be the fifth round of the 2021 MOTUL FIM World Superbike Championship.

The local authorities have decided that no major event can take place in Drenthe before 1 June 2021, so the Dutch event, initially scheduled for 23 to 25 April, will now be held at the end of July.

The FIM and DWO work continuously with government representatives and circuits, and the safety of everyone is a particular concern. Any updates to the WorldSBK 2021 calendar will be communicated accordingly.