SECOND WIN IN A ROW FOR VILTAIS! 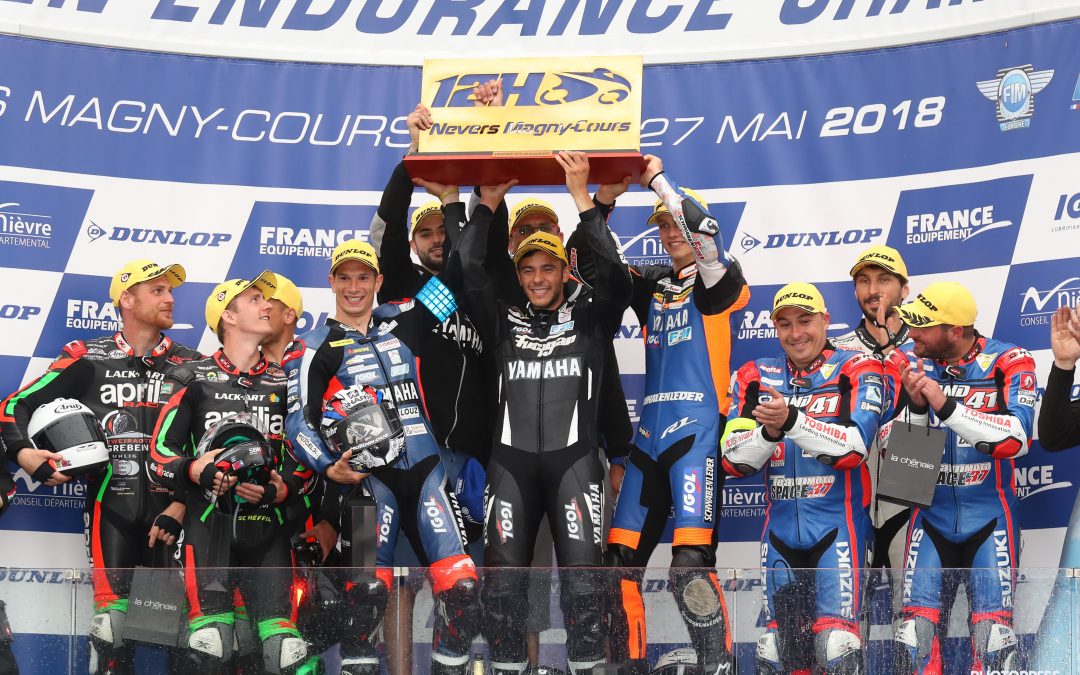 A second consecutive win for Viltaïs!

Numbers 333, YAMAHA VILTAÏS EXPERIENCES, and 24, BMRT 3D MAXXESS, fought a great battle in the opening laps. But number 333 was suddenly in trouble after some rainy conditions, which helped teams APRILIA GREBENSTEIN and SKY MOTO VITESSE / MSC 93 come through to fight for the lead.

However, YAMAHA VILTAÏS EXPERIENCES, despite being almost 1 minute behind, managed to come through and win back the lead of the race.

In second place Ralph UHLIG, Andreas SCHEFFEL, Jürgen SCHEFFEL and Olivier SKACH for the APRILIA GREBENSTEIN team with a time of 06:02:55.966, followed by the SPACE MOTO 37 team and its three riders: Charles ROCHE, Steve LANGLOIS and Julien GALLERAND with a time of 06:00:56.629!

See you next year!