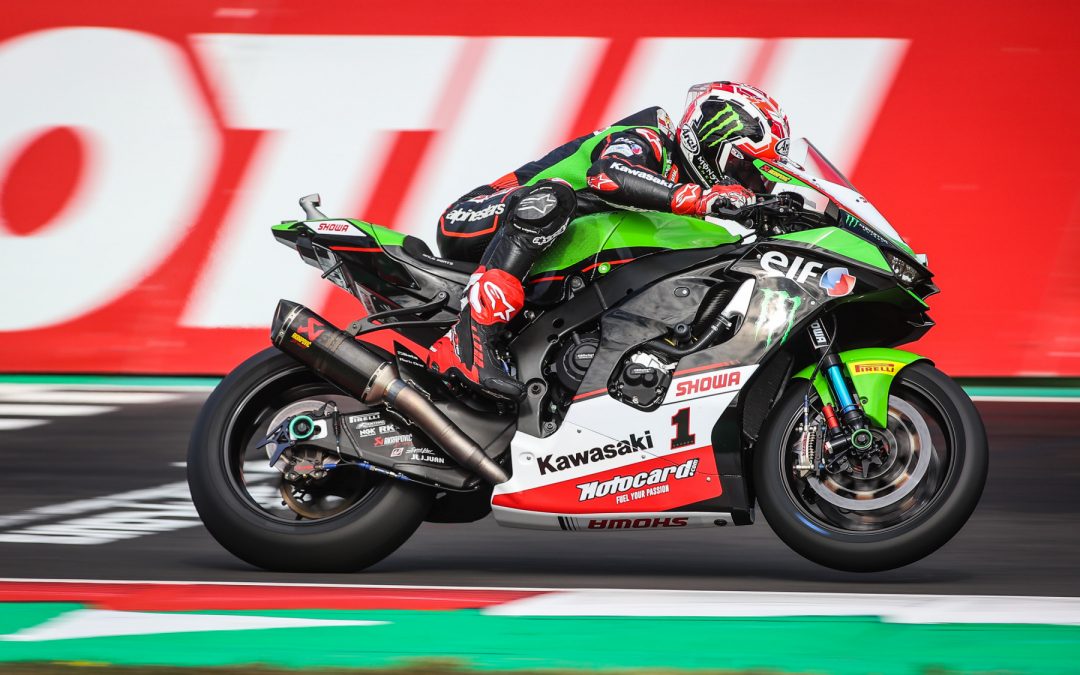 All of the Championship contenders are right in the mix, although there could be a couple of names interfering throughout the weekend…

The 2021 MOTUL FIM Superbike World Championship’s eighth round of the season got underway at the Motul French Round and the Circuit de Nevers Magny-Cours, and with the circuit wet-but-drying, only a few riders headed out to the circuit at the start. However, as it dried further, more riders ventured out, making for a busy final third of the session, with many riders heading to the circuit on slick tyres. With the track drying quickly in the closing stages, it was Jonathan Rea (Kawasaki Racing Team WorldSBK) who led the way ahead of Michael van der Mark (BMW Motorrad WorldSBK Team).

In the early stages of the session, it was the Honda pairing of Alvaro Bautista (Team HRC) and teammate Leon Haslam who got some wet weather running in, along with Kohta Nozane (GRT Yamaha WorldSBK Team) and Tito Rabat (Barni Racing Team) also joining them on circuit. With wet and intermediate tyres used, the pace was slow but nonetheless, times did improve in the drying conditions.

Scott Redding (Aruba.it Racing – Ducati) blinked first to use the slick tyres and get down to the times in the final quarter of an hour, and he was setting fastest lap after fastest lap throughout the final ten minutes of the session. However, it was a frenetic closing stages as Jonathan Rea surged to the top, pipping Michael van der Mark to top slot as both riders set their best laps on their final lap of the session. Alex Lowes (Kawasaki Racing Team WorldSBK) was up inside the top three in third, ahead of Toprak Razgatlioglu (Pata Yamaha with Brixx WorldSBK), who was leading until a final flurry of action. Scott Redding completed the top five, fractionally more than half a second behind.

Making it five manufacturers inside the top six was Alvaro Bautista, as the Honda rider pipped teammate Haslam to sixth. Eighth place went to Chaz Davies, the first rider into the 1’39s as the conditions improved at the end of the session. Garrett Gerloff (GRT Yamaha WorldSBK Team) was up in ninth place and was held up on his final flying lap, whilst Tom Sykes (BMW Motorrad WorldSBK Team) made it two BMWs inside the top ten with tenth. Lucas Mahias (Kawasaki Puccetti Racing) was eleventh after his first WorldSBK outing at home, whilst notable names outside the top ten included Andrea Locatelli (Pata Yamaha with Brixx WorldSBK) in 12th and Michael Ruben Rinaldi (Aruba.it Racing – Ducati) down in 16th.