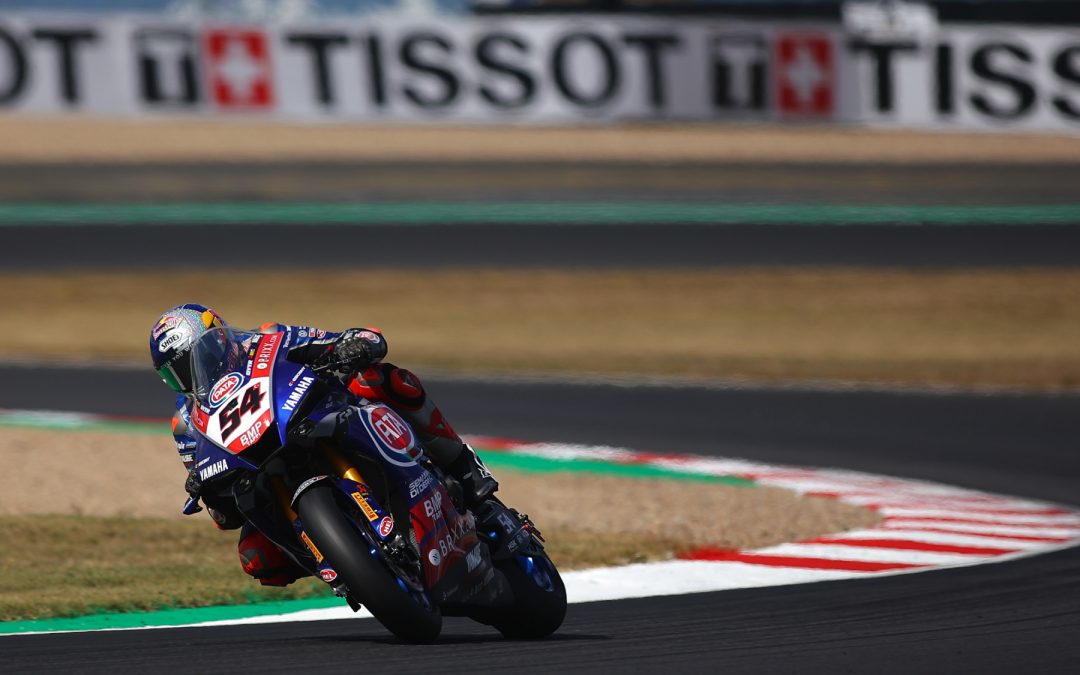 The gloves look like they’re about to come off in France, with the top 12 riders on Day 1 covered by less than three quarters of a second.

The 2021 MOTUL FIM Superbike World Championship’s opening day of action from the Motul French Round at the Circuit de Nevers Magny-Cours was electric as the top three in the Championship went head-to-head. Toprak Razgatlioglu (Pata Yamaha with Brixx WorldSBK) was on fire as he stormed to the top of the standings, with Scott Redding (Aruba.it Racing – Ducati) in second and Jonathan Rea (Kawasaki Racing Team WorldSBK) in third. The afternoon’s session was dry, having been damp in FP1 in the morning.

TITLE CONTENDERS IN THE TOP 3: Razgatlioglu in stunning form

At Yamaha, it was Toprak Razgatlioglu (Pata Yamaha with Brixx WorldSBK) who was flying the flag. Razgatlioglu put in a long stint on the same tyres and set 11 mid-1’37s out a 13-lap run, showing his sensational consistency as he led the way for the main portion of the season and continued to improve his pace. Teammate Andrea Locatelli was a little bit behind his teammate as he adapts to Magny-Cours on a WorldSBK bike. Tracking his teammate at various points throughout the session. Come the end of the day, it was Razgatlioglu who was fastest, whilst Locatelli ended up in 11th, as he continues to get used to the R1 around the French circuit.

Scott Redding (Aruba.it Racing – Ducati) was up inside the top six as he continued to get to grips with the Magny-Cours circuit in the dry conditions for the first time in his career. Having been inside the top two positions for the last seven races, Redding is coming into the Motul French Round in fine form and was good in the mixed conditions in the morning. Redding finished the afternoon in second with teammate Michael Ruben Rinaldi down in ninth, with work to do for the Italian.

The Kawasaki pairing of Jonathan Rea (Kawasaki Racing Team WorldSBK) and teammate Alex Lowes were in good form as they took to the dry Magny-Cours circuit. Rea set a consistent pace and for the majority of the session, was sitting well inside the top five, whilst Lowes was also right with his teammate. The British duo worked away hard until the end of the session, before finishing third and eighth respectively, having been first and third in the morning’s damp-but-drying session. Rea’s in-touch with his Championship rival Razgatlioglu, but the Turk’s pace might well be giving him the edge over the race distance if conditions are to remain the same across Saturday and Sunday.

RISE OF THE INDEPENDENT: Davies and Gerloff in contention

The Independent charge was led by Chaz Davies (Team GoEleven) in fourth place, with the Welshman going well at a circuit he took a podium at in his most recent race at the circuit. The next Independent came from Garrett Gerloff (GRT Yamaha WorldSBK Team) and the American was constantly improving his time all the way to the end of the session. The two were the only riders inside the top ten from Independent teams but Davies in particular looks strong, with the Ducati rider constantly within the top five throughout the dry FP2 session.

It was a bright start to the weekend for one side of the Honda garage as Leon Haslam (Team HRC) completed the top five, showing his strengths around the Magny-Cours circuit. However, on the other side of the garage, Alvaro Bautista was down in 12th place, with the Spaniard working away on the Honda with it being his first day of dry weather running on the bike since joining the team. The potential is there this weekend, and with dry weather scheduled for the remainder of the weekend combined with wet running at the start of the day, Team HRC could be set for a stronger weekend than in recent rounds.

The BMW Motorrad WorldSBK Team enjoyed a good day’s work, as Tom Sykes took sixth place and was top BMW overall, although teammate Michael van der Mark was second in the mixed conditions in the morning session. Unfortunately for van der Mark, the Dutchman suffered a technical problem at Turn 11 during FP2, cutting his track action short. Sykes was just less than half a second from Toprak’s time, whilst van der Mark completed the top overall, edging out Locatelli by just 0.018s.

BEST OF THE REST: just over a second off

Enjoy the Official Programme for Magny-Cours for FREE here