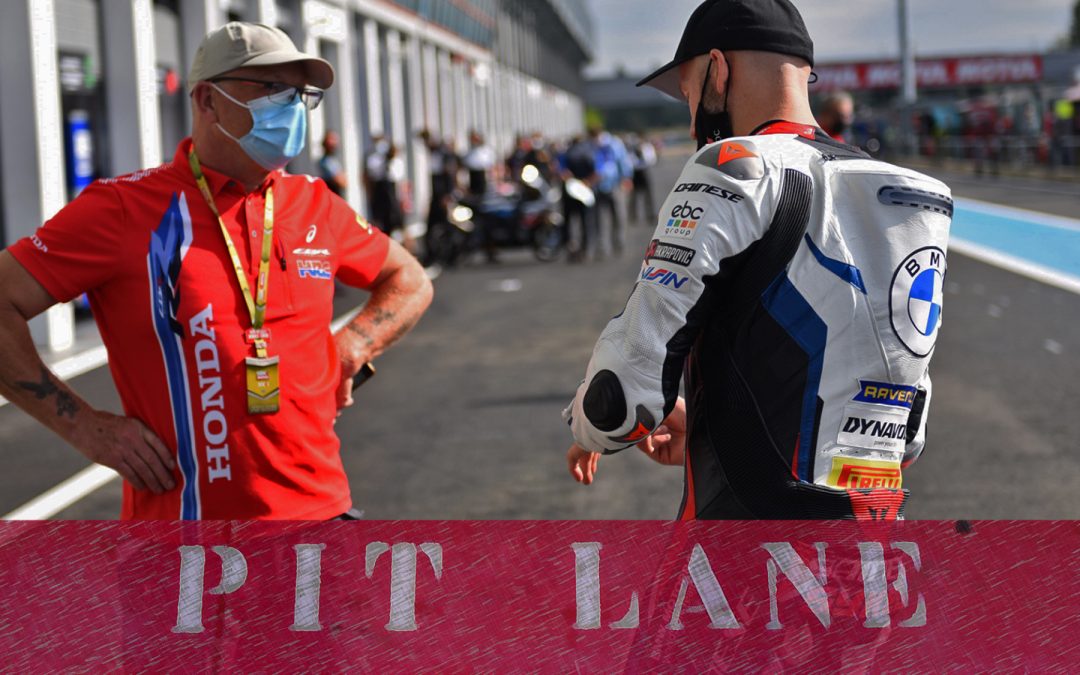 With the MOTUL FIM Superbike World Championship heading to France and the Circuit de Nevers Magny-Cours, there were plenty of stories being discussed up and down the paddock with seats still available as well as the expectation of an incredibly close weekend ahead at the Motul French Round, key figures from the paddock discussed the latest news and rumours.

With Scott Redding, currently at Aruba.it Racing – Ducati, heading to the BMW Motorrad WorldSBK Team for 2022 and Alvaro Bautista moving from Team HRC back to the factory Ducati outfit, all eyes are on Team HRC to see who will compete for them in 2022. Team Manager Leon Camier discussed this during Free Practice 2, saying: “At the minute, we’re looking at all options for sure but no decisions have been made. We are trying to take it one step at a time, trying to improve the bike we have right here, trying to get some results and also looking for the future and trying to understand the best options. As I said, at the minute there are no decisions, just options. To be honest, it’s something we have discussed, whether it’s better to look at older riders with more experience or better to look at some younger riders and go from there. At the minute, no decisions have been made. We’re considering everything but until the decision has been made, we don’t really know the direction we’ll go in.”

A CLOSE, COMPETITIVE WEEKEND AHEAD

The combined classification finished with 12 riders finishing within seventh tenths of each other, something that BMW Motorrad WorldSBK Team’s Shaun Muir, Team Manager, predicted during the session. Muir explained his expectations for the weekend, saying: “I think the top 12 will be covered by less than a second. I think everyone’s quick here. It is a rider’s circuit; it gives you a bit of everything. Obviously, I’m more concerned with my two guys and I think we can both be in the top six by the end of the day and I think if we can get that consistent lap time, it’ll bode well for tomorrow and I really want it dry and prove we can get those podiums in dry conditions, not just changeable conditions.”

American rider Jayson Uribe (OUTDO TPR Team Pedercini Racing) has not taken to the track in France as he has been absent due to travel issues. Team Manager Lucio Pedercini explained this as well as a potential change in the rider line-up alongside Loris Cresson. He said: “He has a problem with the United States when he arrived with the passport, he couldn’t come into France. I don’t exactly know what happened, but I received a message yesterday evening, so that’s all. At the moment, for the last rounds, I don’t know whether Jayson can come. So, we’re looking for some other options and I’m working on it. We’ll see. In Barcelona, we will be ready for another rider.”