LIGIER, THE FIFTIETH ANNIVERSARY REWARDED WITH A VICTORY! 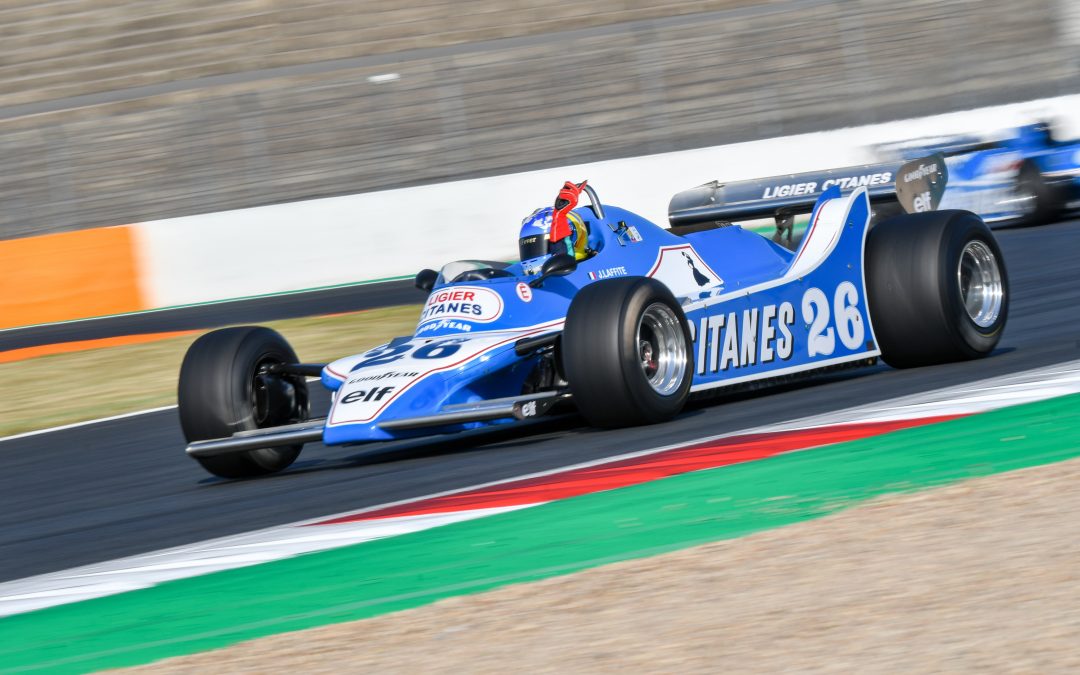 With a great selection of races and all the entertainment, the last day was a great success. On the entertainment side, between the parade of celebrities, the Grand Prix parade and the Record Breaking attempt, we were guaranteed a great show! But above all, in the paddock the crowds gathered around the Ligier pit garage just before lunchtime. And not surprisingly. We had Jacques Laffite, Jean-Pierre Jabouille, Patrick Tambay, Yannick Dalmas and Philippe Alliot, who were there to the delight of their fans, to meet them and sign autographs.

Among the highlights of the day was the notable victory of the Ligier JS11 in the FIA Masters Formula One race, which was certainly the best birthday present for the famous constructor! It was an emotional moment when Jacques Laffite handed the trophy to the victorious driver, Matteo Ferrer-Aza.

This second edition of the Grand Prix de France Historique was the most intense weekend, and really rose to the occasion of such an event to impress the viewing public.

For more information on all the different races, download the press release below :

Find out more
© Circuit de Nevers Magny-Cours 2016 - Création : agence itiConseil
We use cookies on our website to provide you with the most relevant experience by remembering your preferences and repeating your visits. By clicking on "Accept all", you consent to the use of ALL cookies. However, you can visit “Cookie Settings” to provide controlled consent.
Cookie settingsAccept
Manage consent