JACQUES LAFFITE BACK BEHIND THE WHEEL OF HIS LIGIER JS11! 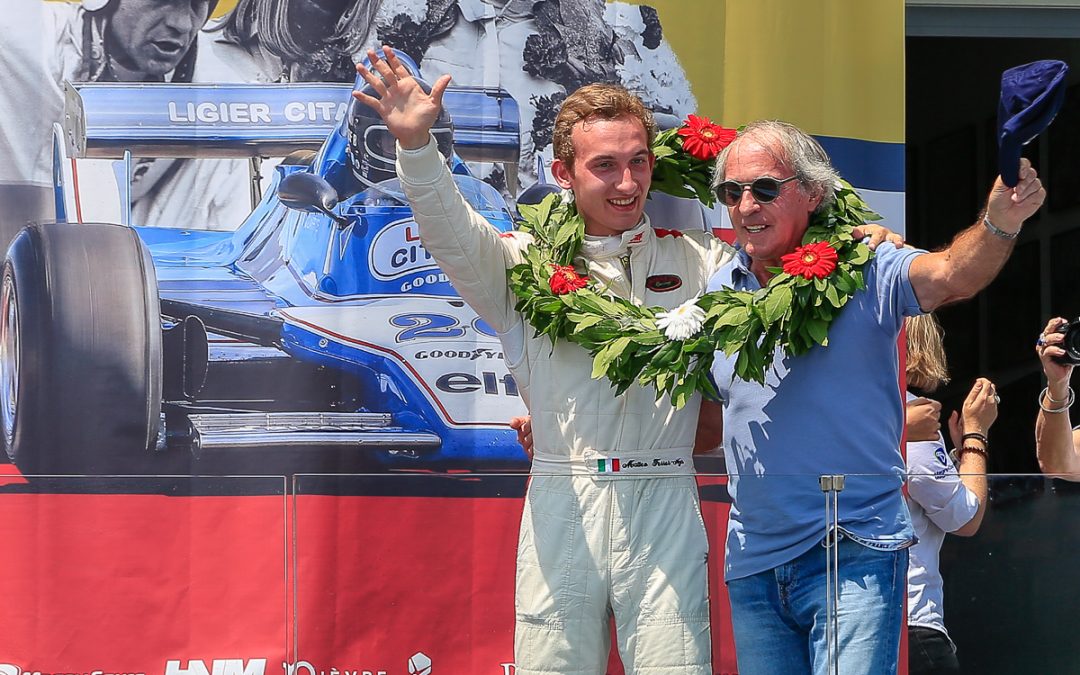 Qualifying and racing were really exciting and spectacular on the second day of this Grand Prix de France Historique! Not to mention the Tyrell 012 victory in front of the two Ligiers!

It was fabulous to see Jacques Laffite once again behind the wheel of his Ligier JS11 on the Grand Prix track, and then joining Erik Comas and Yannick Dalmas for an autograph session in the afternoon in the circuit village.

And music to your ears, what could be better than listening to the Ferrari V12 engine start-up before returning to the track for the Grand Prix parade as well as the celebrities’ parade! In contrast, the auction in the circuit village saw the different lots go to new owners one after another.

For more information on all the different races, download the press release below :

Find out more
© Circuit de Nevers Magny-Cours 2016 - Création : agence itiConseil
We use cookies on our website to provide you with the most relevant experience by remembering your preferences and repeating your visits. By clicking on "Accept all", you consent to the use of ALL cookies. However, you can visit “Cookie Settings” to provide controlled consent.
Cookie settingsAccept
Manage consent