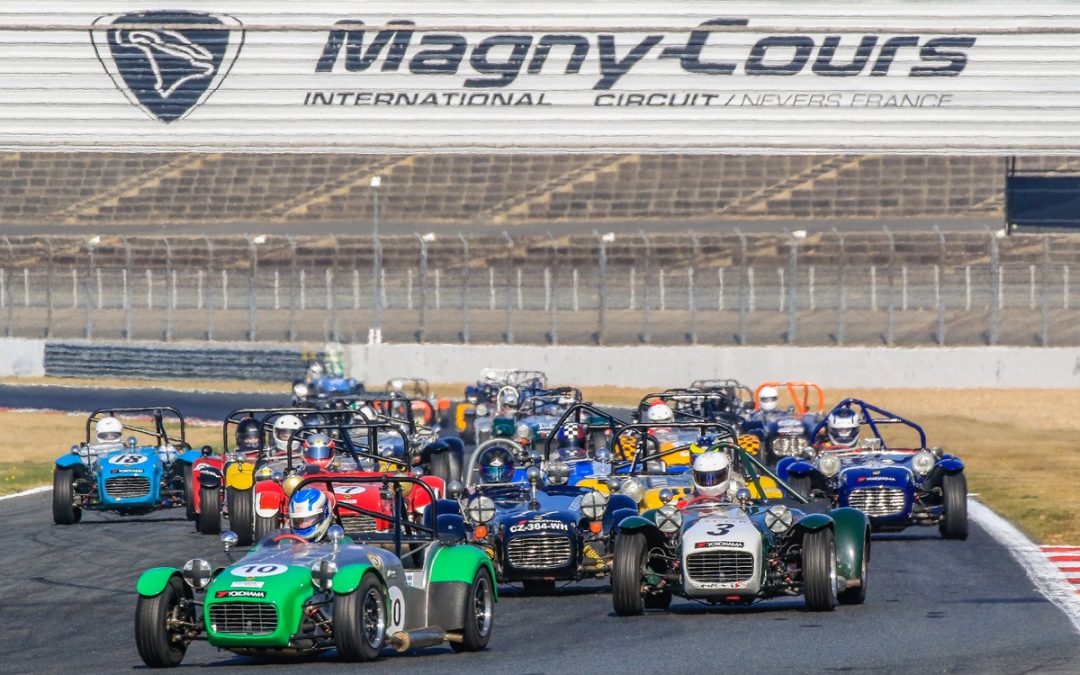 So close to the goal

One day before the end of the 2018 French Historic Circuit Championship, the final battle had begun. The twelve races on the Sunday provided the epilogue.

THE SUMMARY OF SATURDAY: despite the lingering mist at the start of the day, and then a few race incidents, this first day of competition was exactly what we were waiting for. A Saturday of races run under the sun of a fabulous Indian summer.

THE WINNERS: Among the Saturday winners, François Belle and Frédéric Rouvier were level with one victory each. The Champion of France title for Single-seaters and Protos would definitely be played out on Sunday. For the GTs and Touring cars, Pascal Métayer lost out in the Lotus Trophy, leaving Benoît Romac, winner of his race in GT Classic, to take away valuable points. Here also, the axe would fall the following day with Franck Quagliozzi (Youngtimers GTI Cup) as arbiter.

IMAGE OF THE DAY: As so often, the intense battles on the track which notably pitted the contenders against each other to eventual victory in the Formula Ford Historic Challenge, the Lotus Trophy, the Maxi 1300 Series and the Sport Protos Cup.

DECLARATION OF THE DAY: “For my return after two years of no racing, I had a wonderful race where the victory was decided on the last lap. To summarise, I had a little more luck than my valiant comrades… “(Claude Rucheton, winner of the Lotus Trophy race).

The 2018 French Historic Circuit Championship ended this Sunday at the circuit of Nevers Magny-Cours. Frédéric Rouvier, Franck Quagliozzi and Benoît Romac are the winners.

A professional driving instructor and former finalist of the Volant Elf (1995), Frédéric Rouvier (40) won the title in the Single-seaters/Protos category by achieving the perfect score in the F3 Classic Trophy with 12 wins in as many starts. His 1980 Martini MK31 was entered by the Italian team “Blue is Blue” of Gianluigi Candiani.

Multiple winner of the French Circuit Cup, the driver from Macon was crowned Champion of France in the GT/Touring Cars category. At the age of 38, he only joined the Youngtimers GTI Cup at the second meeting of the season and was then victorious in 12 races at the wheel of a Group A Honda Civic, based on a 1990 model, prepared by his team.

Competing in the GT Classic Trophy since its inception, Benoît Romac only missed two races this season, before winning the other 12 with his prized 1998 Porsche 993 GT2. At the age of 44, he shares this title of Champion of France in the GT/Touring Cars category with Franck Quagliozzi, both drivers with an identical score.