The Circuit of Nevers Magny-Cours plays host to the Grand Prix de France Historique on 28, 29 and 30 June.

An event that highlights the immense international history of single seater racing cars. Starting of course with that of Formula 1 racing which will be demonstrated with the sight of the prestigious F1s of the 70s and 80s on track and in the paddock. We have a very comprehensive theme for single seaters, since in the wake of the F1 there will be races for the older cars from Formula 2, Formula 3, Formula Renault, Formula Ford 1600 and 2000. In addition to these numerous races, there will other events for Sports-Protos and GTs, and also Saloon cars from the fifties to the seventies, as well as endurance prototypes from a later generation with cars from the Masters Endurance Legends which were still racing recently at the 24 hour race at le Mans.

And the instructions on the label are, have fun and enjoy yourselves! To plunge into the heart of this fabulous universe, the circuit opens wide its doors and provides you with privileged access to the General Viewing Area, the Grandstands and to the Paddock. Share a unique moment with Jacques Laffite, Jean-Pierre Jabouille, Philippe Alliot, Erik Comas, Patrick Tambay, Jean-Pierre Jarier, Yannick Dalmas and also Anthony Beltoise. And to add to this outstanding show, the drivers will put on their overalls once more for the Grand Prix Parade with a demonstration of Formula One cars from the 1990s and the Parade of Celebrities, and also for the occasion, Jacques Laffite will once again be behind the wheel on the Grand Prix track!

There will also be a great atmosphere in the circuit village with the Car Clubs Show, and in the paddock with demonstrations of the Ferrari V12 engine. Between meeting the legendary competitors and the many activities over the weekend, you can also participate in the Auction Sale or go to the Autojumble.

An event for the whole family! And there is a space especially set up for children. And at this time of the year, what better way to extend the day with a musical evening that everyone will enjoy. In addition, there will be exhibitions of F1 cars as well as other more specific operations. It’s also the time to pay tribute to the Lotus team, to celebrate the fiftieth anniversary of the constructor Ligier, and to see and hear the roar of the ex Mark Webber Jaguar F1 V10 of the 2000s, which will launch an attack on the track record! 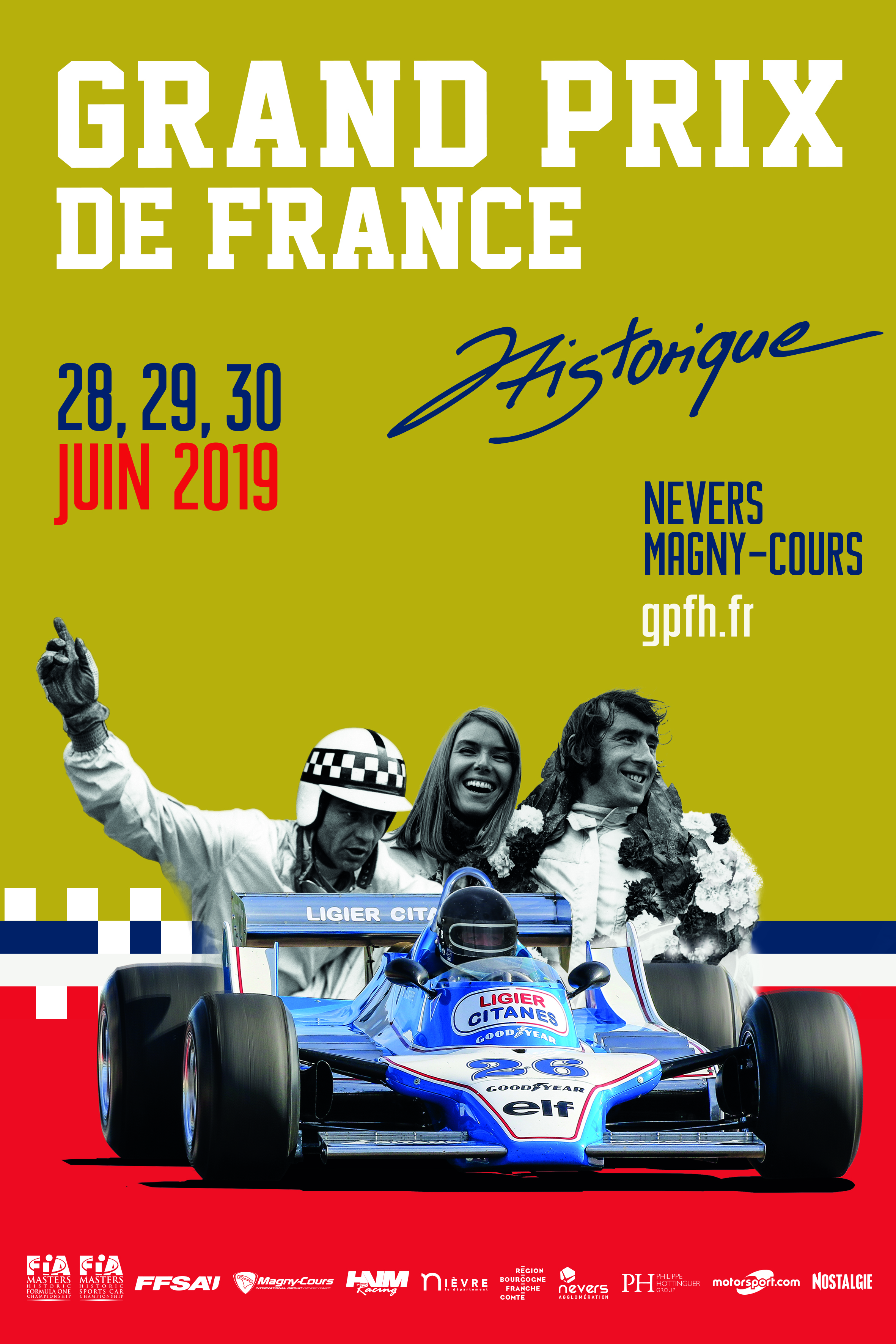 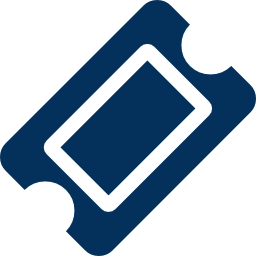 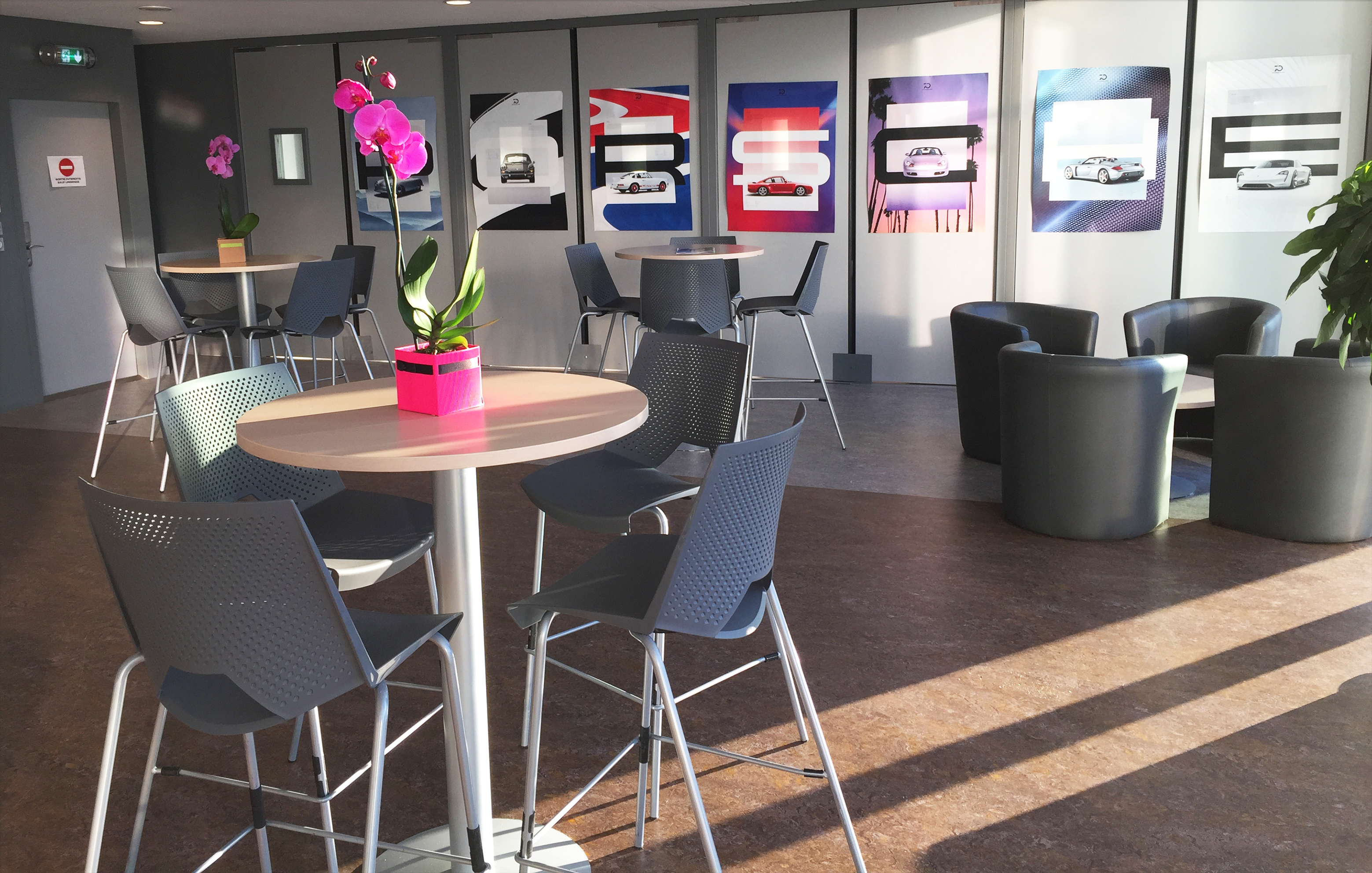 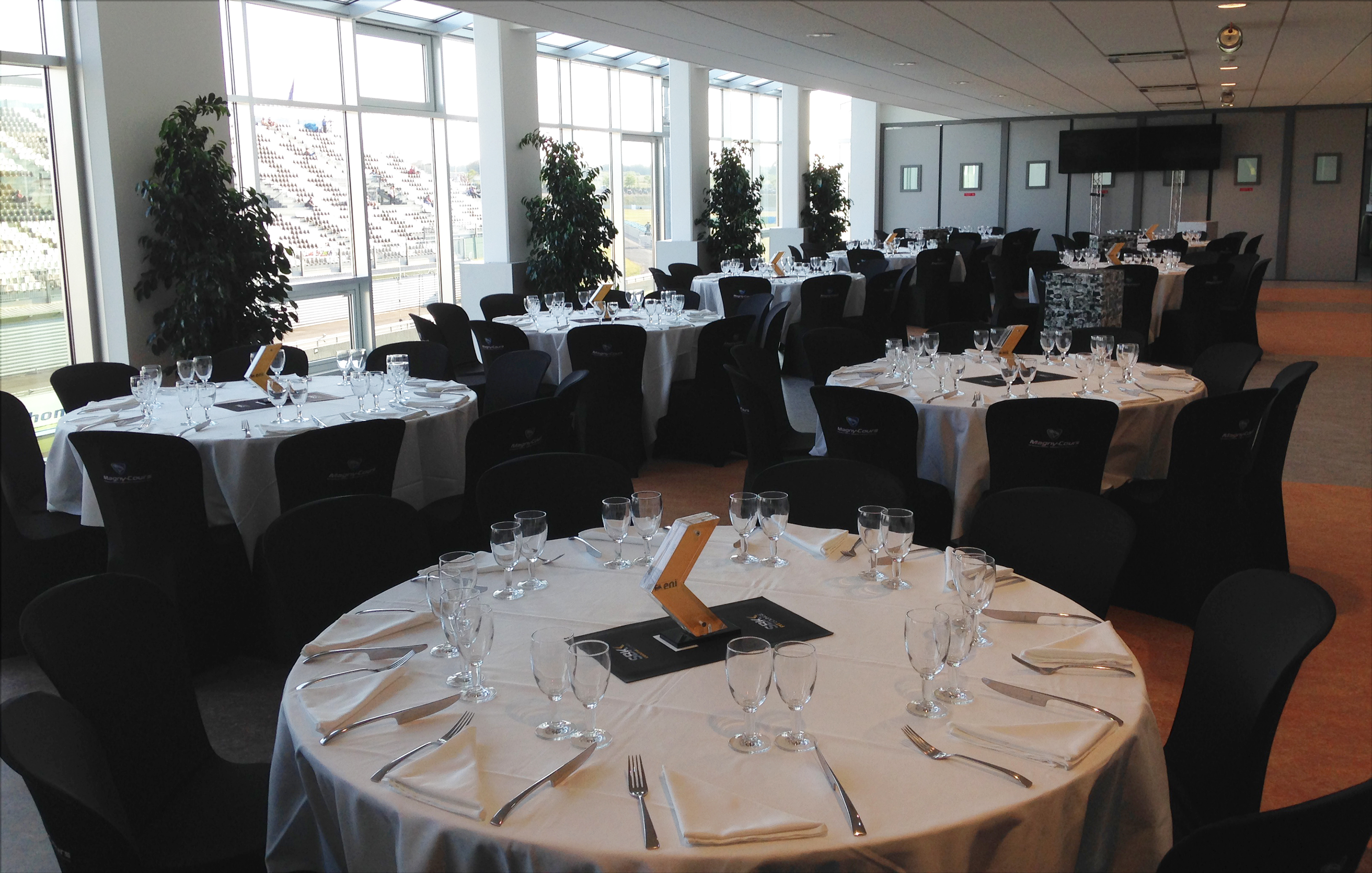 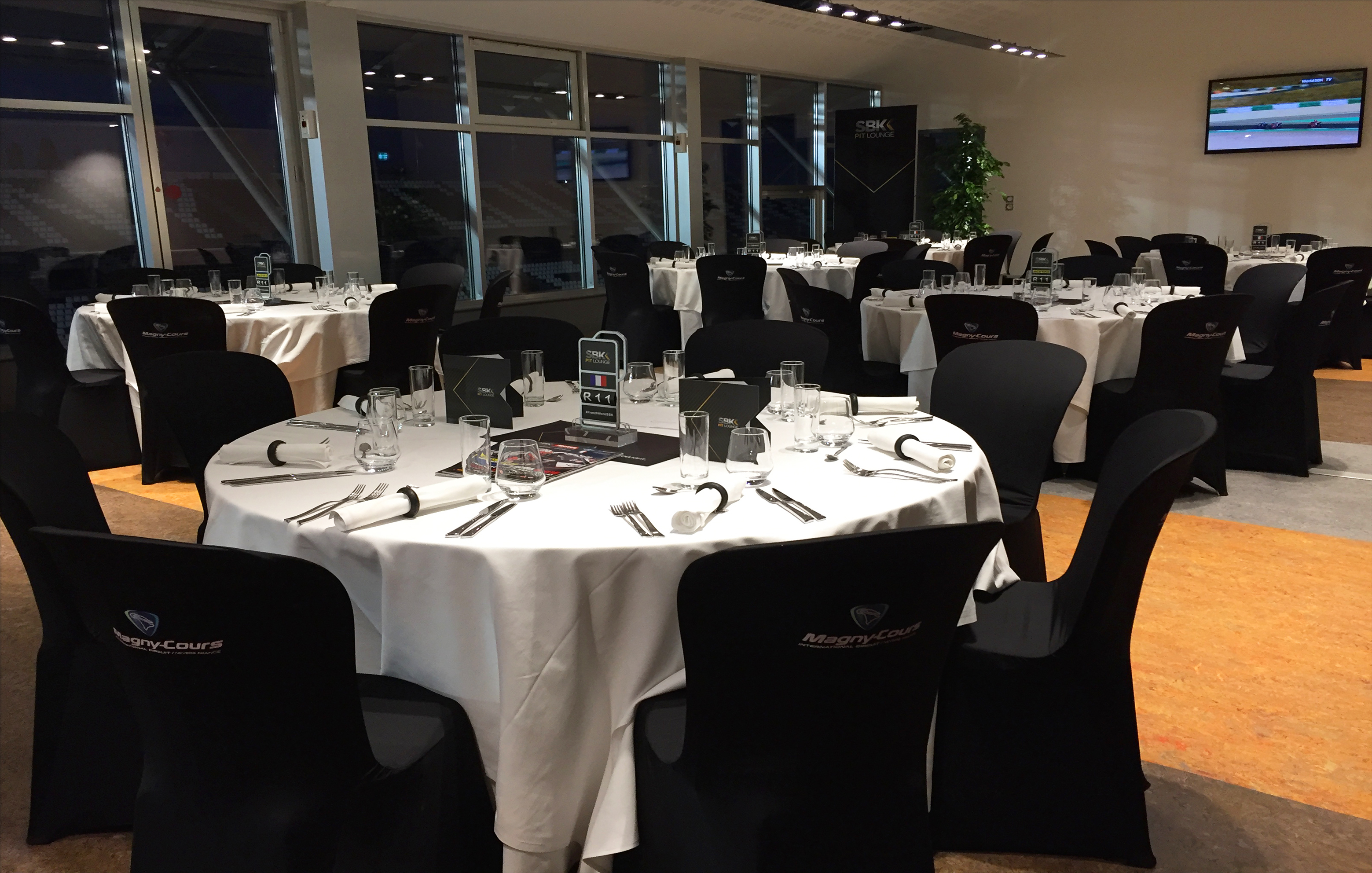 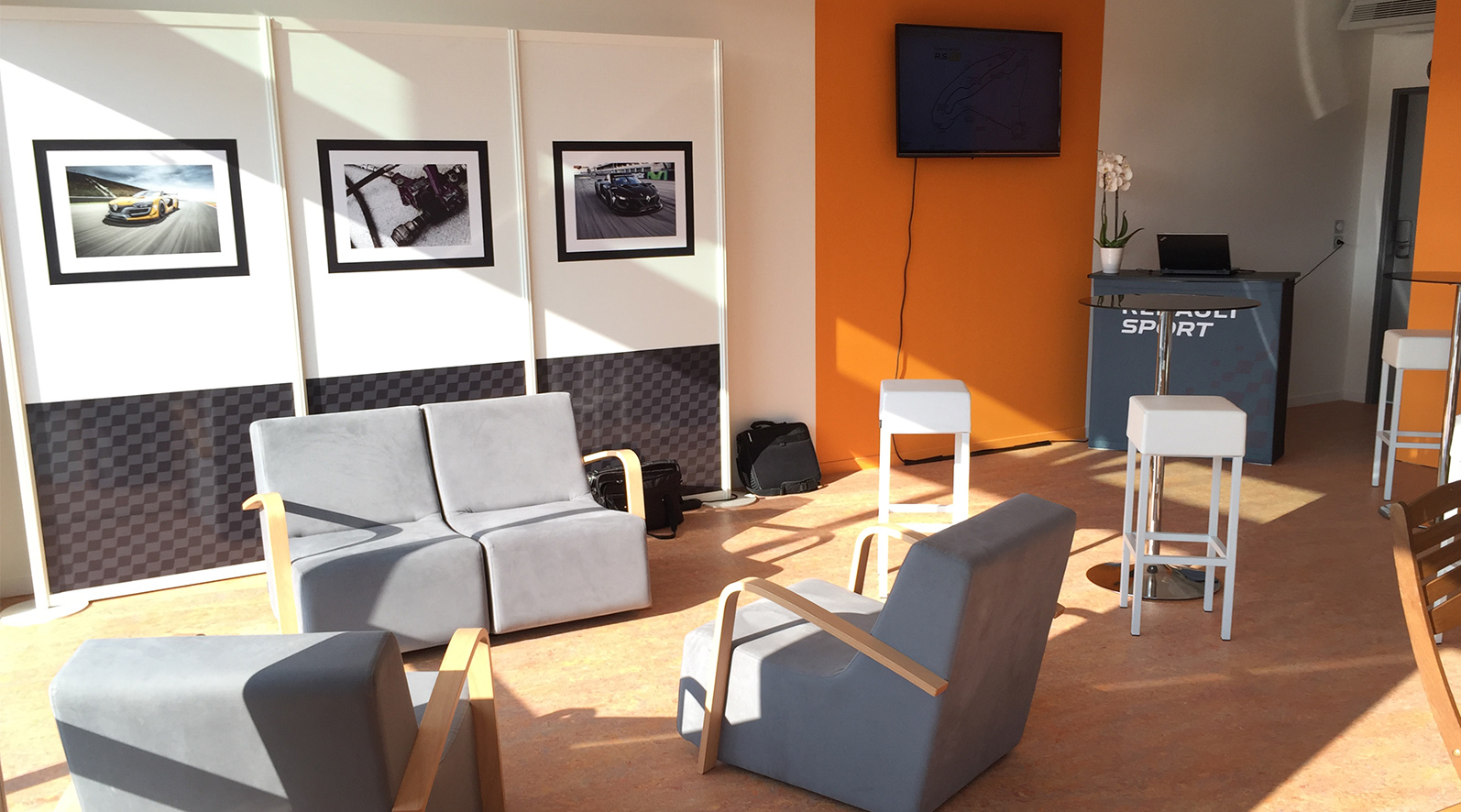 Invite your customers, guests and employees to watch the racing from your fully customisable hospitality suite at the Circuit of Nevers Magny-Cours in exclusive conditions. 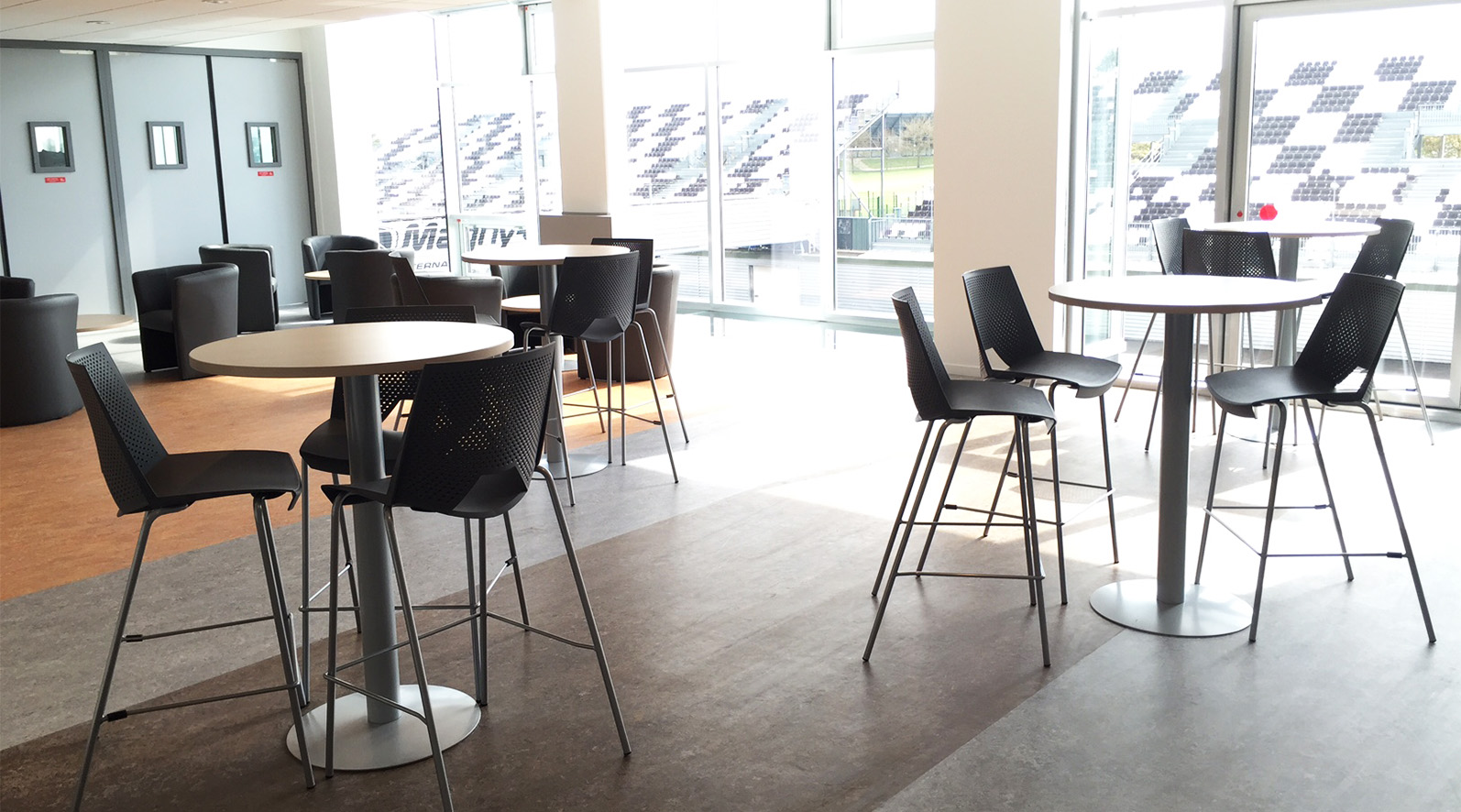 Sit back and relax in your Lounge and enjoy the breathtaking view for an unforgettable experience in a unique place.

Break the Record At the wheel of the R5 Jaguar from 2004, Klaas Zwart, a Dutch racing driver and a specialist in F1 historic racing, has a one and only goal to beat the track record of the Grand Prix track of the Circuit at Nevers Magny-Cours, in only three attempts! Guaranteed to be spectacular!
50 years of Ligier On the 50th anniversary of Ligier, cars built by this famous constructor will be on display in the Paddock! Come to the autograph sessions with the most well-know personalities of the Team!
The Museum The Conservatoire of the French Single Seater opens its doors for you to immerse yourselves in the heart of Motorsport! Free entry with your entry ticket for the Grand Prix de France Historique.
The Funfair Enjoy different rides at the Funfair with large and small bumper cars, the wooden carousel, rifle shooting and even duck fishing and other attractions.
Children’s area Bouncy castles, a remote control circuit and pedal car circuit and the Criterium for the young driver, all things that children love. General access+ Paddock is free for under-16s.
Simulators Have a go at driving an F1! This simulation area Installed in the circuit village and entirely dedicated to Formula 1 will give you the opportunity to slip into the shoes of a driver for a weekend! Guaranteed life-size thrills and excitement!
DJ Nostalgie Génération 80 Have an exceptional evening! A two hour show with a DJ from Radio Nostalgie on Saturday from 20:30 in the heart of the circuit village, followed by a firework display!
Auction Come to the large auction organized by Marc-Arthur KOHN on Saturday 29 June in the circuit village. Have a look at the catalogue that shows all the items that are for sale and sign up with the auction registration service at auction@kohn.paris.
Personalities Meet the famous drivers who will be present in the circuit village and the Paddock. Have a chat with them and meet your heroes!
65 Team Lotus Go back to the epic time of Team Lotus that was created by Colin Chapman. For this 65th anniversary, fifty Lotus cars will be present at the circuit.
Food and drink If you’re a bit hungry, you can eat on the spot as there are many places you can buy food and something to drink around the circuit!
50 years of Matra In the Paddock you can see the victorious Matra MS80 Ford Cosworth that was the F1 World Champion 50 years ago!

Jonathan Vincent, aged 21 and a member of the French aerobatic team will give a breath taking display on this occasion of the Grand Prix de France Historique! This young prodigy intends to take over the sky above the Circuit of Nevers Magny-Cours offering 3 aerobatic demonstrations each composed of part of a competition display and another part demonstrating his freestyle program.

Jonathan Vincent: “I can’t wait to perform in front of this public.”

Have a look at the catalogue that shows the items in the auction at the Grand Prix de France Historique.

A real meeting place for all enthusiasts and fans of motorsport, this village is where you can discover the products of our partners.

Located in the heart of the circuit village, is an exhibition area of more than 4,000 m² where you will find specialists of all kinds. Many suppliers will be present, such as Linea Di Corsa, the official shop for this event, and Petit Bolide & Classic Cars Driver. The complete list of exhibitors will be available soon. 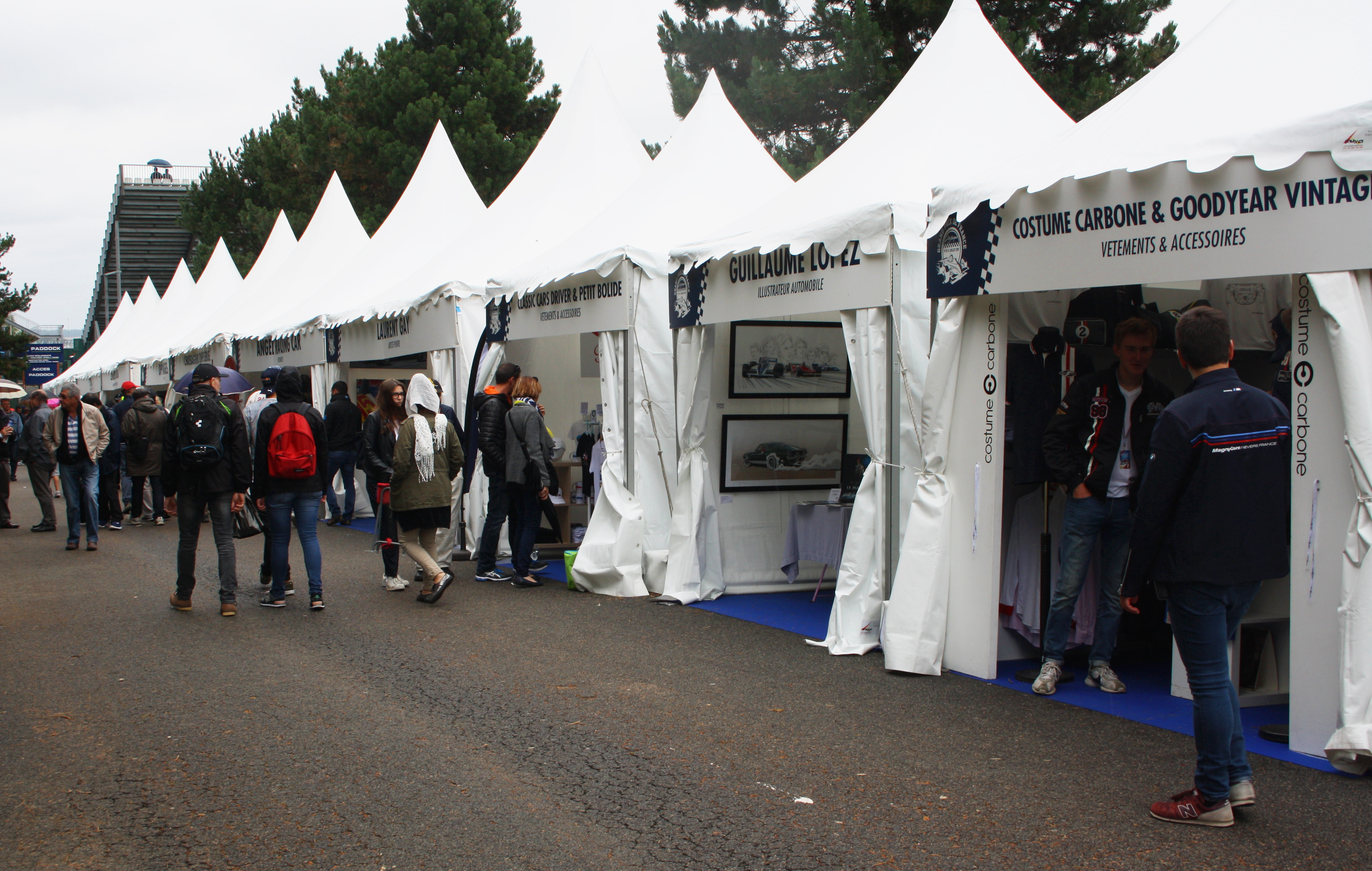 On 29 and 30 June the Circuit of Nevers Magny-Cours has organized a car Autojumble for the 2019 Grand Prix de France Historique.

Sales and exhibition of parts, accessories and auto equipment. The Autojumble will be open for exhibitors on Saturday morning at 06:00. On-site restaurant service and many activities throughout the weekend! Open Saturday and Sunday, from 09:00 to 18:00, with security of the site in place on the night of Saturday to Sunday. 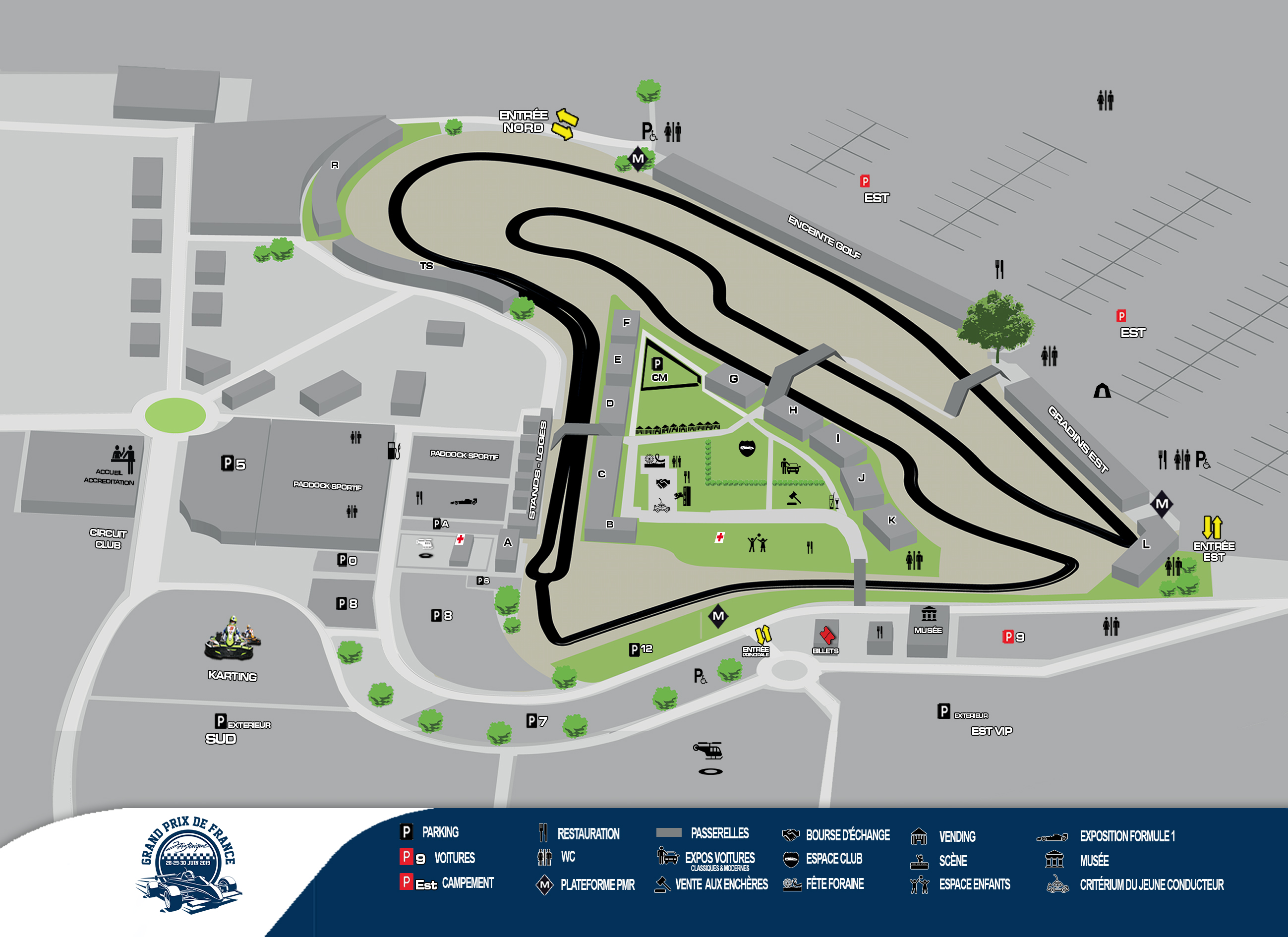 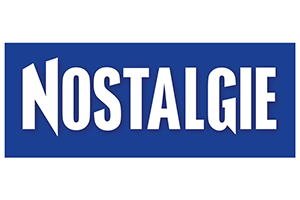 Our official partner, Nostalgie is providing
the DJ night on Saturday at 20:30! 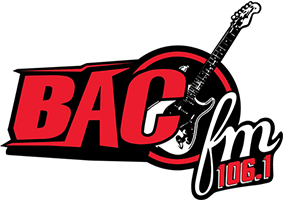 Our partner, Bac FM will be
commentating live on the racing!