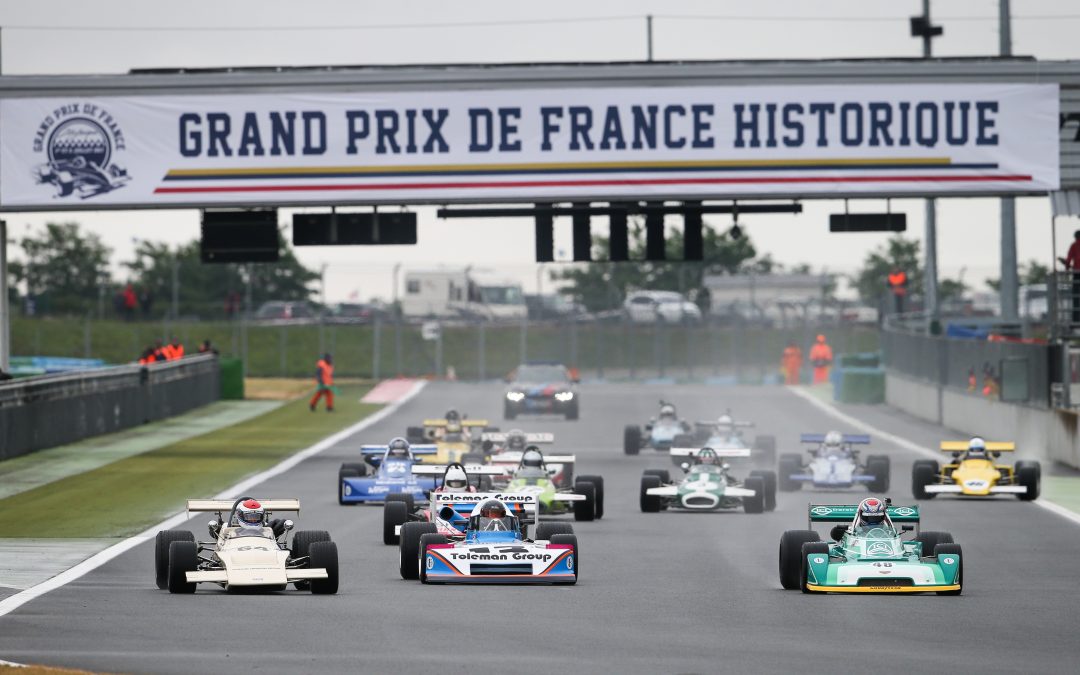 The Grand Prix de France Historique on the grid !

It’s now official; the Circuit of Nevers Magny-Cours will host the second edition of the Grand Prix de France Historique from 28 to 30 June 2019. As was the case in the summer of 2017, the event will mark the milestones of the international history of single-seater racing, over three exceptional days. Starting, of course, with that of Formula 1, with races which will showcase the prestigious F1 cars of the seventies and eighties, and also with various tributes, such the anniversary of Team Lotus.

The theme of single-seaters will be virtually complete, since in the wake of the F1 cars we will also see races for the older Formula 2, Formula 3, Formula Renault, Formula Ford 1600 and 2000 single-seaters. In addition to these numerous races there will be even more, featuring Sport-Protos and GT cars from the fifties to the seventies, and also the endurance prototypes from a later generation with the Masters Endurance Legends cars which still competed in the Le Mans 24 Hour race until recently.

In total, there will be ten different grids on display at this Grand Prix de France Historique (2nd year), which is the fruit of the combined organisation of the FFSA, the Circuit of Nevers Magny-Cours and HVM Racing.