The 2021 season of the MOTUL FIM World Superbike Championship is starting soon. Spread over four continents, the WorldSBK calendar has been updated for the coming year and the fight for the title promises to go on until the last lap.

All the events are subject to the Covid-19 pandemic and any resulting restrictions. 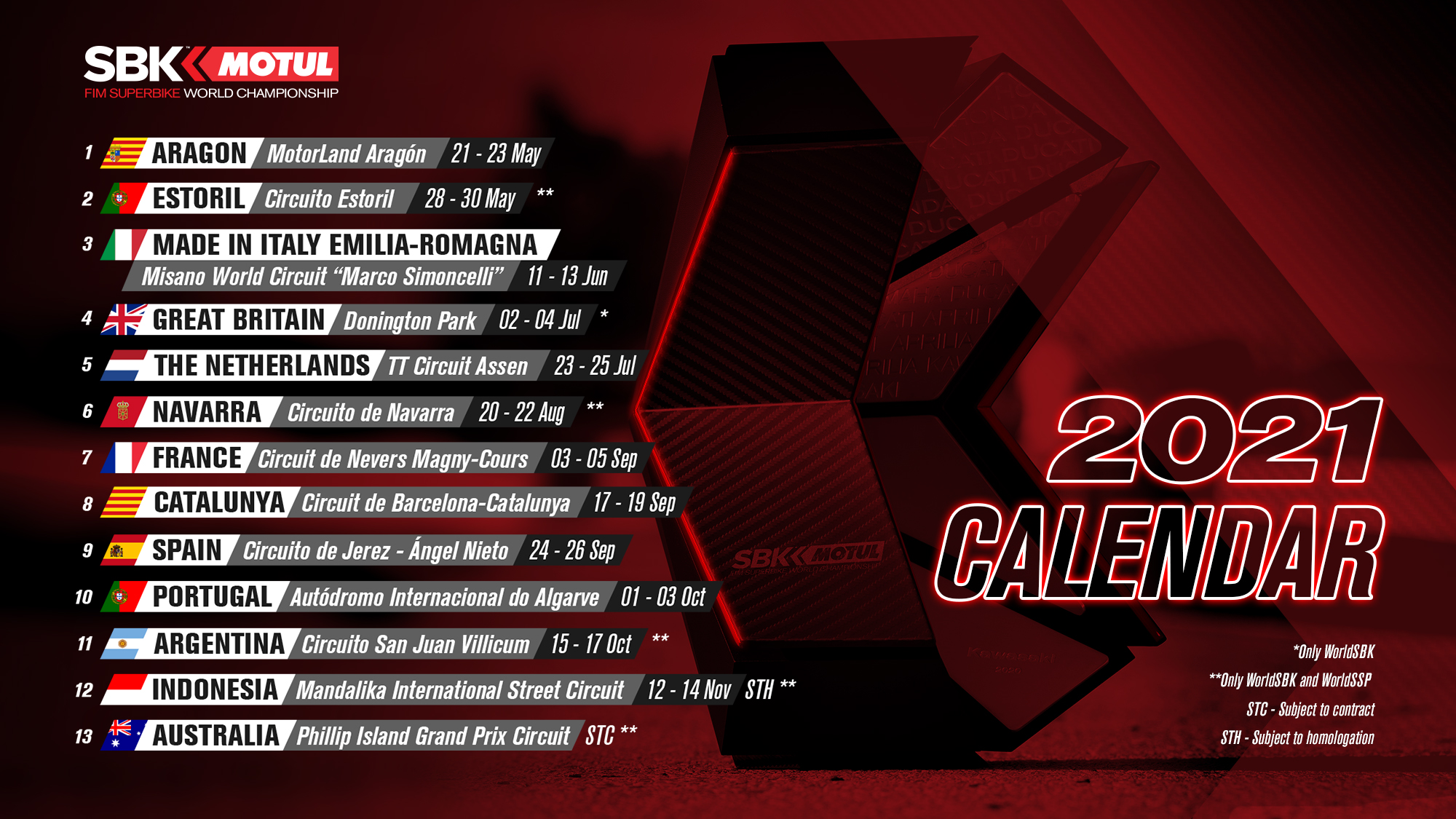 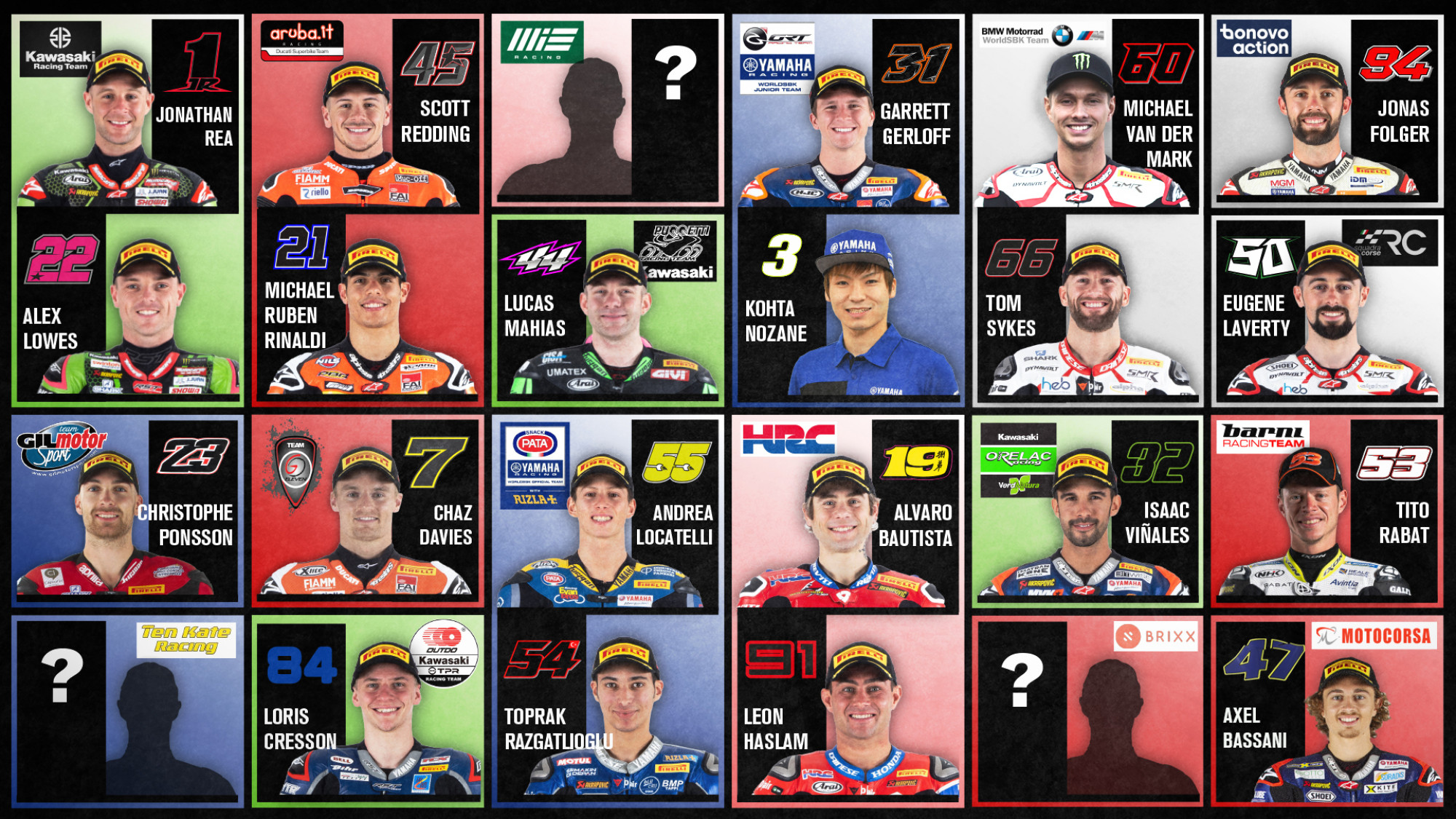 PATA YAMAHA Official WorldSBK has a new rider, Andrea Locatelli. After an amazing season, the Italian will replace Michael van der Mark who rejoins the BMW Motorrad WorldSBK Team alongside Tom Sykes. At ARUBA.IT Racing – Ducati, Michael Ruben Rinaldi leaves the GOELEVEN Team to replace Chaz Davies; the Welshman is still looking for a seat for 2021.

Garrett Gerloff is staying with the GRT Yamaha WorldSBK Junior Team and will be joined by a new team-mate, Kohta Nozane, new to WorldSBK. Federico Caricasulo has currently no ride for 2021.

Locatelli is not the only rider to move up a step from WorldSSP. Lucas Mahias is staying with Kawasaki Puccetti Racing for 2021, but in WorldSBK this year, while Isaac Viñales has been called up by ORELAC Racing VerdNatura.

For the moment six teams who raced throughout the year in 2020, have not confirmed their line-up for 2021: Ten Kate Racing Yamaha who fought for the title of best independent team against Team GOELEVEN. If Rinaldi‘s future is assured, Loris Baz, who took four podiums for Ten Kate Racing in 2020, is still waiting for guarantees about his future. And it’s Chaz Davies who will officiate on behalf of Team GOELEVEN in place of Rinaldi.

Takumi Takahashi raced for the MIE Racing HONDA team in 2020, but he is not yet confirmed. At Motocorsa Racing, Leandro “Tati” Mercado has announced that he will not race with the team in 2021. The BMW satellite team has been confirmed with the RC Squadra Corse represented by Eugene Laverty and the Bonovo Action team with Jonas Folger. 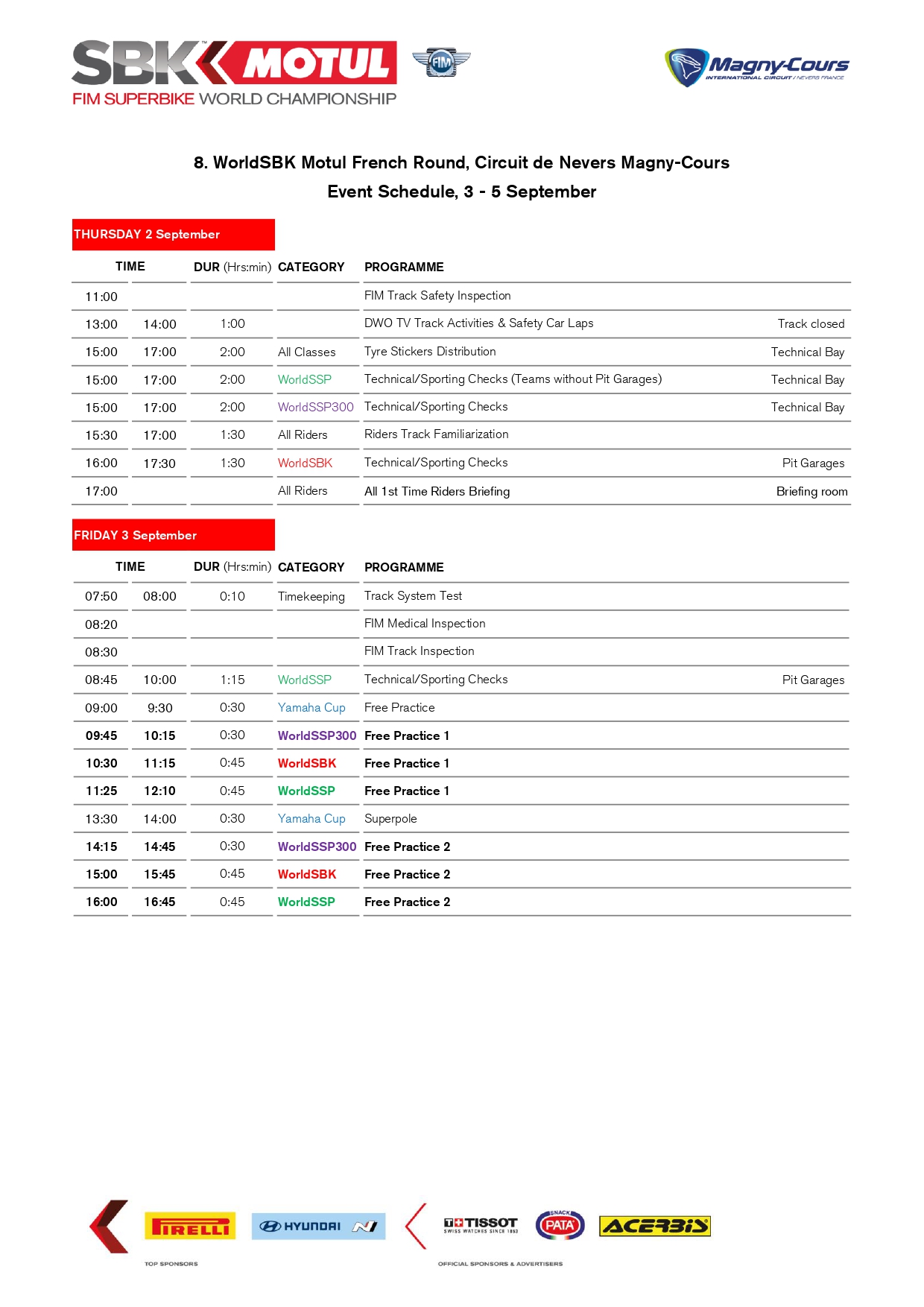 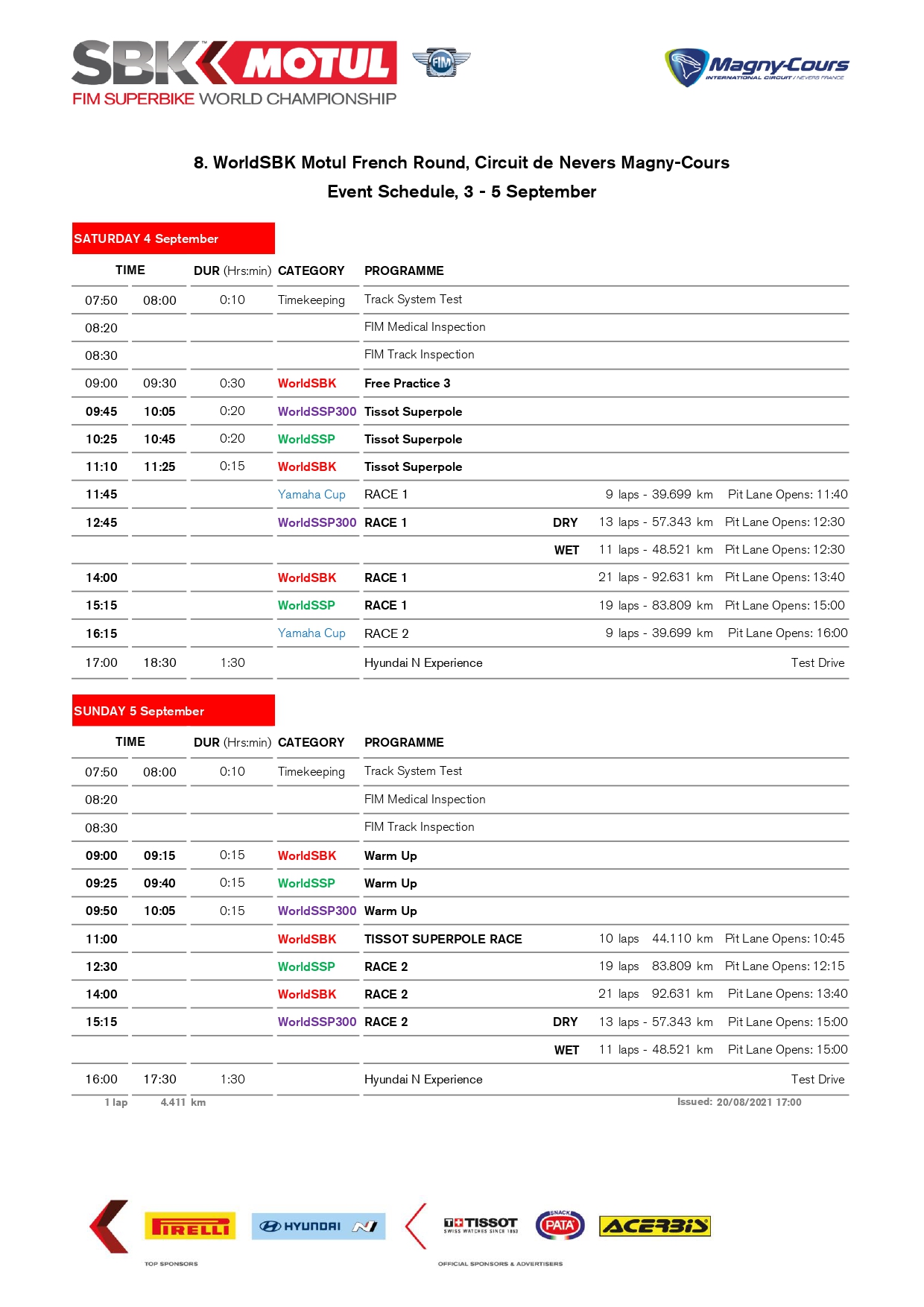 A REVOLUTIONARY NEW TICKET FROM THE TICKET OFFICE FOR THE WorldSBK!

Once again this year, the Circuit of Nevers Magny-Cours is doing everything in its power to give you an exceptional WorldSBK experience!

A small price for a maximum of excitement, the ‘Gradin EST’ ticket is new for this year!

This year, for health reasons, the paddock will not be open to the public and a capacity of  5 000 people has been set up.

The health pass will be required to access the event.

Free admission is not granted on SILVER and GOLD products for children under 16 years old.

VIP PACKS have access to the site on Friday but not to the reception areas (only saturday and/or sunday). 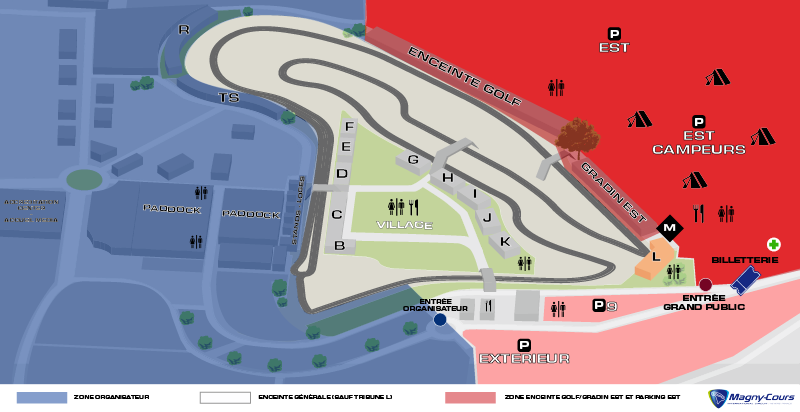