For the sixth edition, this event is not registered as part of the European Championship and the two six-hour rounds are replaced by a modern eight-hour race whose “Le Mans” type start is scheduled on Saturday at 16:00 for a night finish at midnight as in the previous years.

The 12H of Nevers Magny-Cours is for all motorbike enthusiasts and novices who want to share a unique and enjoyable experience.

For the third year in a row, spectators can come to the event for free; invitations will be available for collection from our partners during February 2020.

This year the concept of the 12H of Nevers Magny-Cours consists of a modern 8-hour endurance race that has a typical “Le Mans” start at 16:00 on Saturday 09 May with a late-night finish at 00:00.

This event is an opportunity for professional teams as well as amateurs to challenge themselves on the mythical Circuit of Nevers Magny-Cours.

The event is open to both professionals and amateurs in 3 categories.

Registration for the teams opens from 15 November 2019. 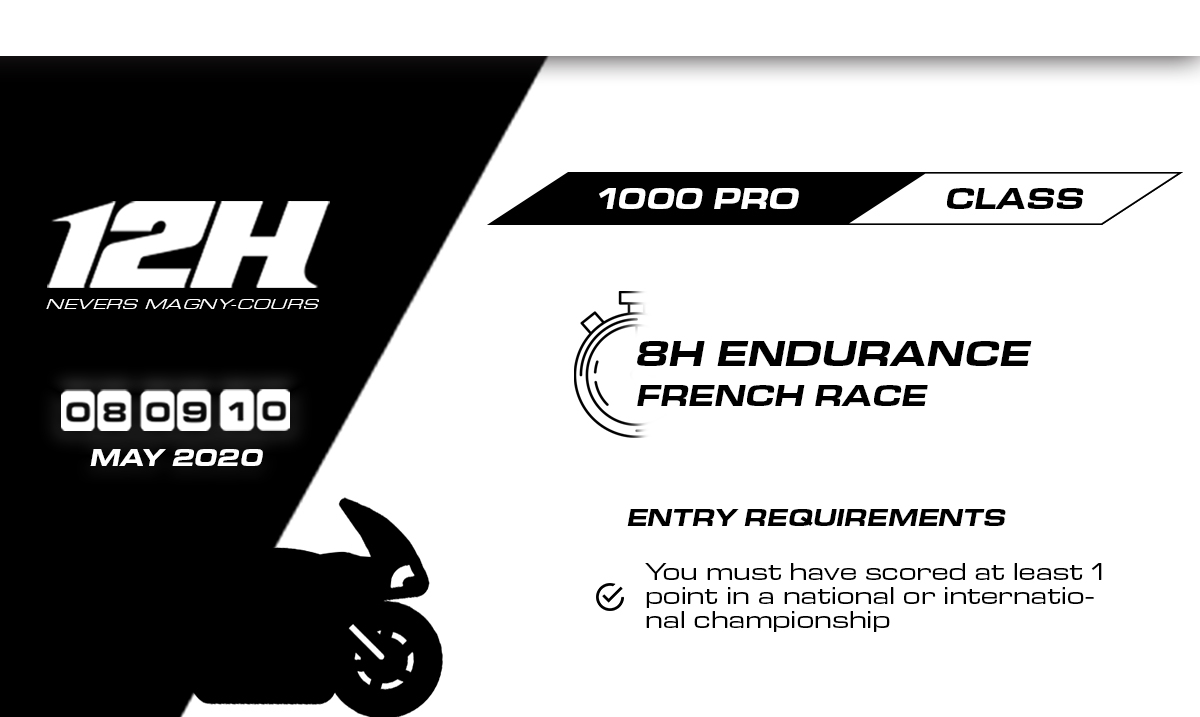 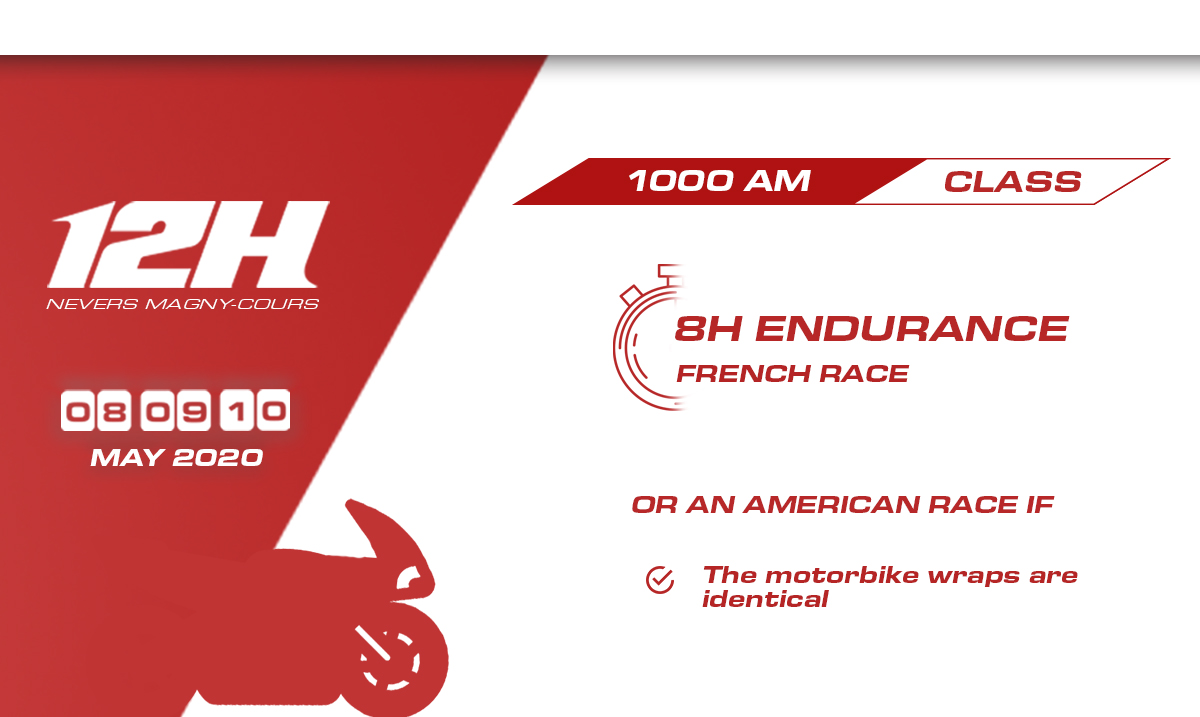 Since eight and four make twelve, a classic endurance race of 4 hours, the VMA Endurance Championship, on Sunday afternoon, starting at 14:00 and finishing at 18:00, rounds off this motorbike weekend.
The race is called the “Million Trophy” reminding us of the famous event organized on the Circuit of Nevers Magny-Cours in the 1970s.

THERE ARE THREE CLASSES :

The Women’s Cup, an all-female racing championship, that brings together novice and experienced racers, returns for the 4th consecutive year to the Circuit of Nevers Magny-Cours, and is more competitive than ever !

It must be said that the FFM and the Women’s Committee chaired by Emma Clair Dumont played a strategic card by proposing a race to open the weekend of the 24 Hour motorbike race at Le Mans on the legendary Bugatti circuit. After the success of the 1st race, the Women’s Cup Trophy was launched with 3 races in 2017 and became the French Women’s Circuit Racing Championship in 2018 !

The Women’s Cup is open and accessible to all women who want to get started in competition whatever their level. Many beginners have started and have never stopped this adventure. With a magical atmosphere in the paddock and excellent help and co-operation between the participants, the Women’s Cup has become the annual meeting place for many riders.

So why not join them and become part of this big family for the 2020 edition !

The WERC, a racing championship for amateur riders, brings together more than 250 riders each year from all levels to participate in a weekend rich in sport and fun. During 5 annual events, the various races, the Roadster Cup, the Promotion Cup 600 and 1000 and the Twin Cup, as well as the riders look forward to seeing you for a fun festive weekend.

There will be 5 different grids at the Circuit of Nevers Magny-Cours :

The Protwin Challenge, organized by Florence De Salve, will once again complete the WERC grids !