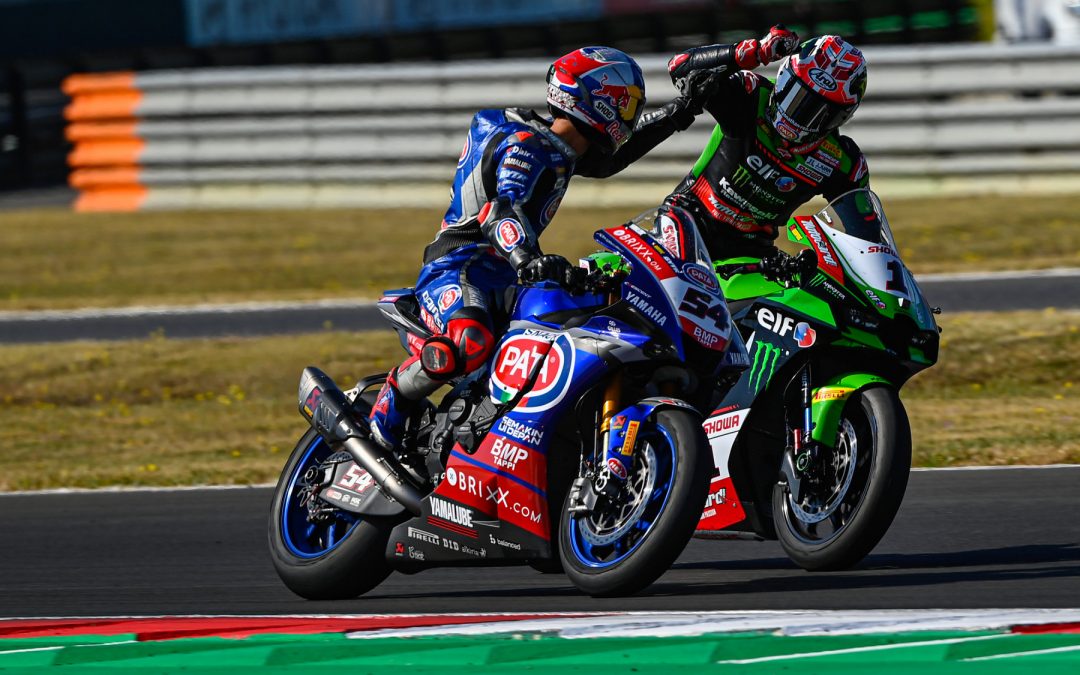 Rea and Razgatlioglu lead the way from the start with Razgatlioglu taking the lead of the race on the second lap of 10 at the Turn 5 Adelaide hairpin. Rea was able to keep Razgatlioglu under pressure throughout the ten laps and this paid off into the Imola chicane on the final lap as Rea made a move for the lead on the final lap. Rea’s lead lasted just a few seconds, though, as Razgatlioglu responded almost instantly as he got up the inside of Turn 15 to take the lead and race victory.

Despite their battle throughout the entire race, the duo were able to pull away from third-placed Alex Lowes (Kawasaki Racing Team WorldSBK), who took his first podium since Donington Park, securing a front row start for this afternoon’s Race 2. Lowes had to battle with Italian rookie Andrea Locatelli (Pata Yamaha with Brixx WorldSBK) with the British rider coming out on top.

Locatelli will lead away the second row for Race 2 after finishing in fourth place, while Scott Redding (Aruba.it Racing – Ducati) was able to bounce back from a difficult Saturday to claim fifth place in the Superpole Race meaning he will start from fifth place in Race 2 as he looks to get back on the podium. He will start alongside his 2022 teammate, Michael van der Mark (BMW Motorrad WorldSBK Team), with the Dutchman claiming sixth in the Superpole Race.

STARTING FROM THE THIRD ROW

Alvaro Bautista (Team HRC) will line up in seventh place in Race 2 after battling back to finish seventh in the Superpole Race, alongside Chaz Davies (Team GoEleven) and Leon Haslam (Team HRC), with all five manufacturers starting from inside the top nine in the afternoon’s Race 2.