Classic Days: The 1993 Williams-Renault FW15C is back at Nevers Magny-Cours! 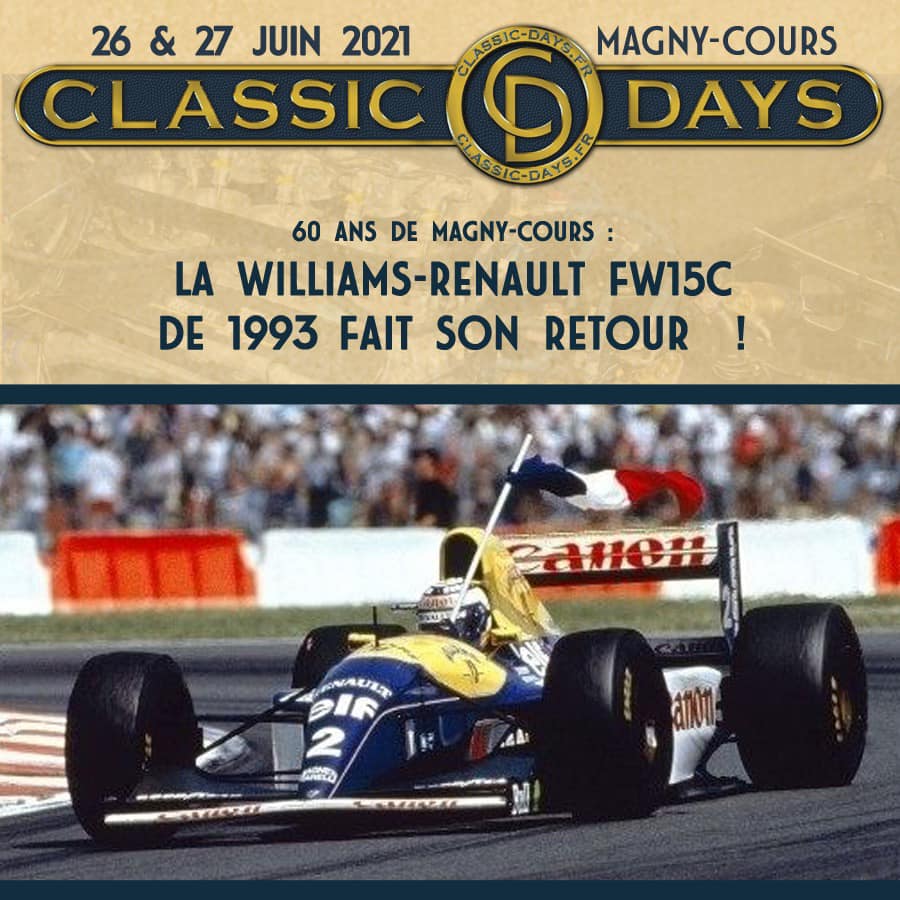 On the 60th anniversary of the Circuit of Nevers Magny-Cours, we are celebrating the 30 years (give or take a few days) since the first French Formula 1 Grand Prix on the Nivernais circuit, which took place on July 7th 1991. It was an adventure that lasted for 18 consecutive French Grand Prix at this wonderful circuit of Nevers Magny-Cours. To commemorate this part of the history of Formula 1, Renault Collection has honoured us by bringing the car that best represents this golden age of the circuit. French driver, French engine, last French victory in Formula 1 here in the Nièvre in 1993: the Williams Renault FW15C driven by Alain Prost is finally back at Nevers Magny-Cours!

At the forefront of the high-tech arena of electronics in Formula 1, the Williams-Renault FW15C fascinated as much as it disturbed with its innovations, pushing a still young technical regulation to its limits. It is nevertheless a magnificent car which allowed Alain Prost to win his 4th Formula 1 World Championship title, with the high point being his magnificent victory at the French Grand Prix at Nevers Magny-Cours!