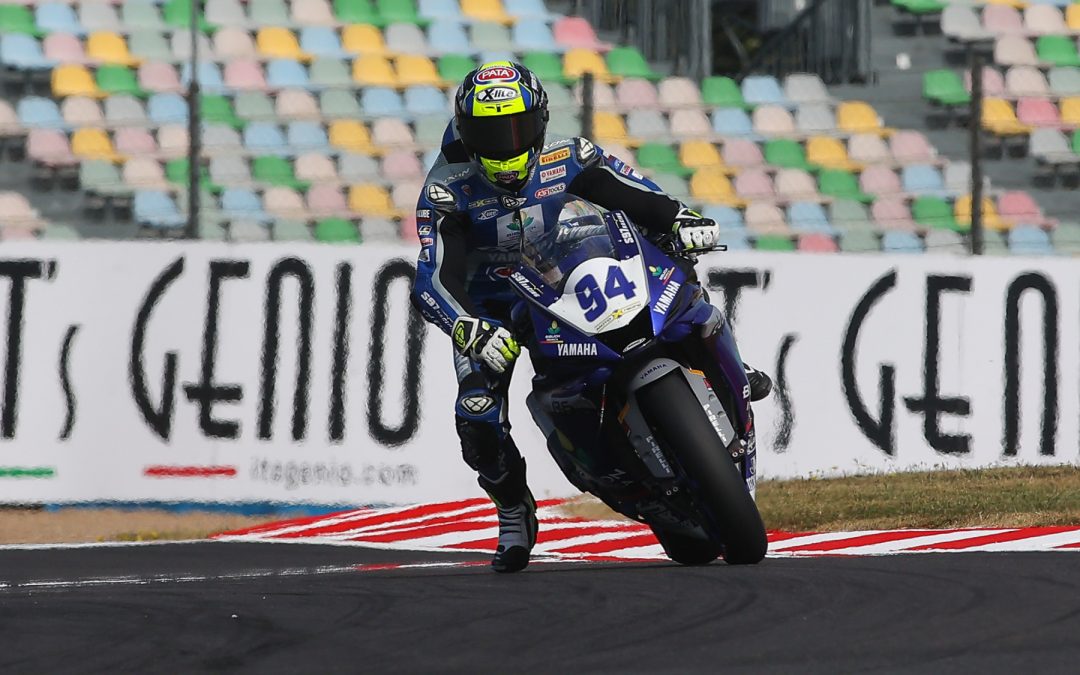 The first session of the Motul French Round for the FIM Supersport World Championship got underway at the Circuit de Nevers Magny-Cours in a tightly contested affair in the opening session as Federico Caricasulo (Biblion Iberica Yamaha Motoxracing) put in a late lap to top the timesheets after Free Practice 1 with just 0.085s separating Caricasulo and Jules Cluzel (GMT94 Yamaha).

Caricasulo edged out Cluzel at the top of the classification after posting a 1’41.480ss, just 0.096s quicker than his former teammate. Cluzel had gone quicker, with a time that would have been good enough to top the session, but had that time deleted after yellow flags were shown at Turn 5. Niki Tuuli (MV Agusta Corse Clienti) showed strong pace for third place, albeit almost two tenths back from Caricasulo.

The returning Andy Verdoïa (GMT94 Yamaha) claimed fourth place on his first appearance of the 2021 campaign, with the youngest ever WorldSSP race winner another who topped the timesheets for a significant period of the session. He edged out Philipp Oettl (Kawasaki Puccetti Racing) by just 0.007s with the German rider in fifth, with Steven Odendaal (Evan Bros. WorldSSP Yamaha Team) in sixth place.

Valentine Debise (GMT94 Yamaha) was seventh; Debise returning to WorldSSP as a wildcard entrant with GMT94 as part of a prize for his success in the national French championship while Championship leader Dominique Aegerter (Ten Kate Racing Yamaha) was eighth; the Swiss rider another who had a lap time deleted while yellow flags were being shown. The yellow flags were shown after Can Öncü (Kawasaki Puccetti Racing) crashed at Turn 5 with the Turkish rider finishing ninth. Randy Krummenacher (EAB Racing Team) rounded out the top ten.