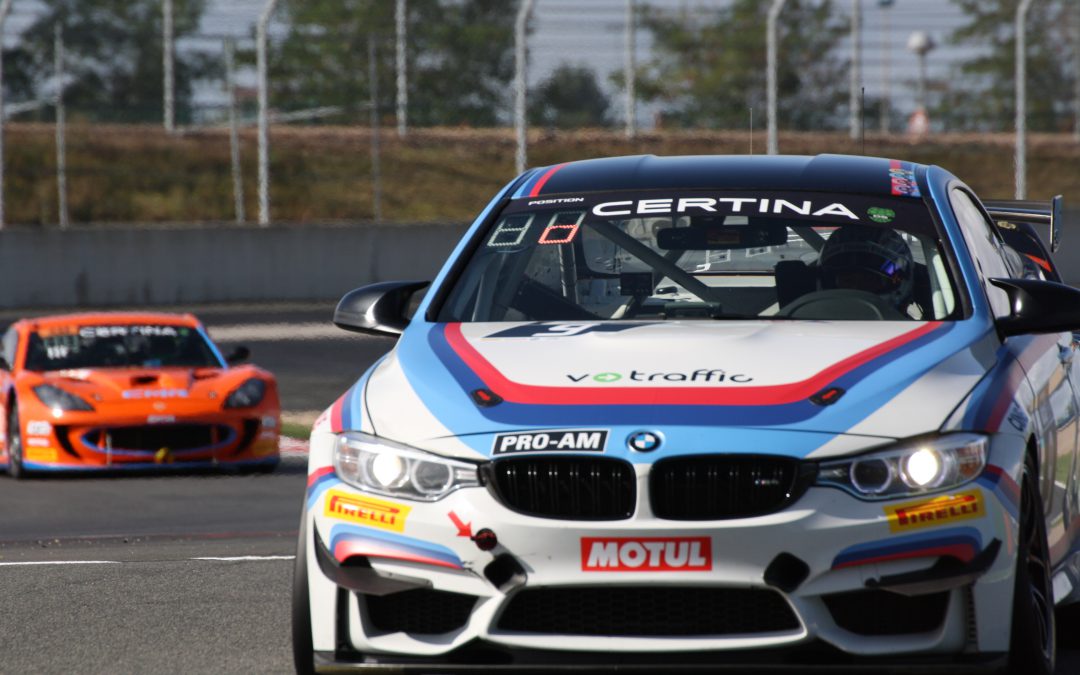 Henri HASSID and Steven PALETTE in the Porsche Cayman Clubsport MR number 18, had a great start in Race 2 ending on the second step of the podium, without ever being able to get near the BMW number 9.

Finally the Porsche number 30 of VANNELET/PARISY was disqualified due to a technical irregularity which left third place to the McLaren 570S of Team Energy By ART number 3 Bruno Hernandez / Simon GACHET.

And finally, it was the crew of Stéphane TRIBAUDINI / Michael PETIT, who emerged winners again in the AM category with the GINETTA number 111 of the CMR team.

Good luck to all the competitors for the final two rounds, which will end the 2017 season!

Official Press Release 10/09/17
© Circuit de Nevers Magny-Cours 2016 - Création : agence itiConseil
We use cookies on our website to provide you with the most relevant experience by remembering your preferences and repeating your visits. By clicking on "Accept all", you consent to the use of ALL cookies. However, you can visit “Cookie Settings” to provide controlled consent.
Cookie settingsAccept
Manage consent