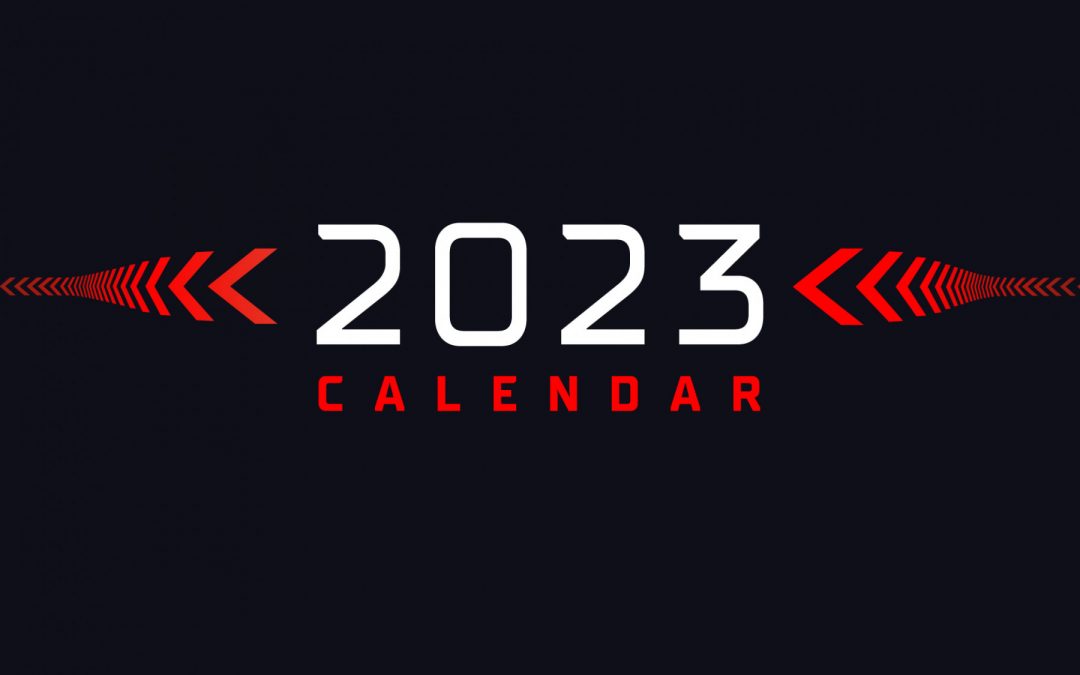 With changes in comparison to years gone by and a return to a traditional starting point, the provisional 2023 World Superbike calendar promises intense action from the start

Whilst the 2022 MOTUL FIM Superbike World Championship is coming to a close, the 2023 season is taking shape and the calendar has been released, revealing the iconic destinations and historic venues where WorldSBK will continue to break records. With a return to Australia as the season-opener and a back-to-back at the start of the year with Indonesia, a new date for the Catalunya and Aragon Rounds and a 12th round to be announced (TBA), it’s a diverse calendar as WorldSBK readies for next year.
For the first time since 2020, WorldSBK’s season starts at what is the traditional starting point. Phillip Island and Australia will lift the curtain on the 12-round season from the 24th – 26th of February, whilst a week later, the Indonesian Round at the Pertamina Mandalika International Street Circuit follows, finding a new slot in the first weekend of March. After six weeks of rest, the Championship is back on European soil with the Dutch Round at the TT Circuit Assen from the 21st – 23rd of April, where WorldSSP300 will take to the track for the first time in 2023.
Round four sees a second change in the calendar order in comparison to 2022, with the Circuit de Barcelona-Catalunya hosting the Catalunya Round from the 5th – 7th May. The next round comes from the Misano World Circuit “Marco Simoncelli” for the Emilia-Romagna Round on the Adriatic Coast from the 2nd – 4th June, whilst marking the halfway point of 2023, the UK Round at Donington Park will close out June action and kickstart July racing from the 30th June – 2nd July.
Entering the second half of 2023, the Czech Round at the Autodrom Most returns for a third consecutive season, with the final weekend of July on the 28th – 30th. With August giving way to the summer break, action resumes with the French Round at Magny-Cours from the 8th – 10th September, as the circuit gets ready to celebrate 20 years of being on the WorldSBK calendar without interruption. Having been the curtain-raiser for the past two years, MotorLand Aragon and the Aragon Round host round nine from the 22nd – 24th September, whilst the second back-to-back of the year is completed with the Autodromo Internacional do Algarve in Portugal from the 29th September – 1st October. The Circuito San Juan Villicum welcomes the Argentinean Round for a fifth time in World Superbike history from the 13th – 15th October and will be the season finale, meaning a new circuit, country and continent will close the season. A 12th round with dates is to be announced (TBA). 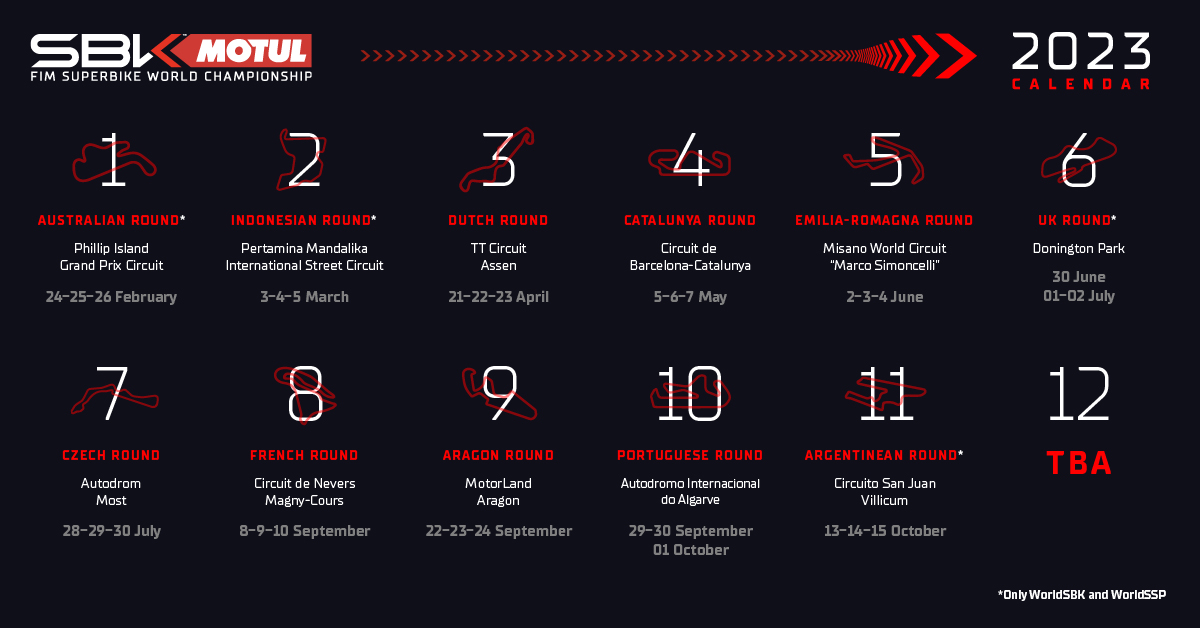