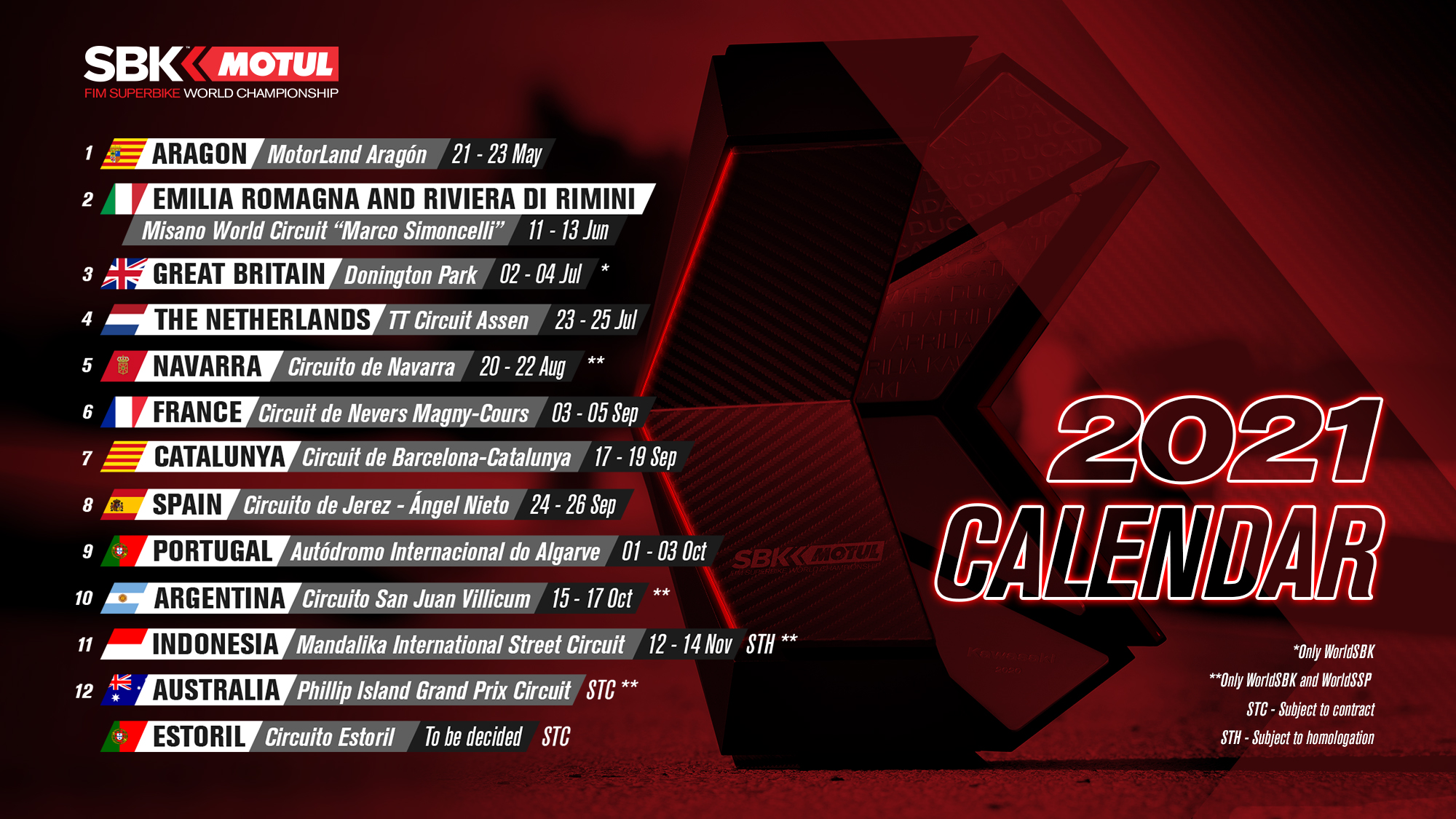 Calendar updated: Navarra to make WorldSBK debut, Aragon Round to open the season

Due to ongoing local restrictions the FIM and Dorna WSBK Organization (DWO) confirm updates to the 2021 MOTUL FIM Superbike World Championship, for what is set to be an exceptional season.

Following a further modification to the 2021 season, a new circuit will join the calendar as the Circuito de Navarra becomes the fifth Round of the 2021 MOTUL FIM Superbike World Championship. Located in Los Arcos, in the north of Spain, the Circuito de Navarra was opened in 2010 and has already hosted events for both national and international level competition. The Spanish circuit will host, from the 20th to the 22nd of August, WorldSBK and WorldSSP classes.

MotorLand Aragon will now host the opening Round of the 2021 calendar from the 21st to the 23rd of May, due to the postponement of the Estoril Round, initially scheduled to be held from the 7th to 9th of May. All parties involved are working hard to confirm a new date for the event.

With the Supported Test at the Circuit de Barcelona-Catalunya taking place in less than a month, the FIM and Dorna WSBK Organization are constantly working with Government Officials and Circuits in order to continue putting everyone’s safety first. Any further updates to the 2021 WorldSBK calendar will be communicated accordingly.